I first went to Florida for bird photography in March 2015, however it was too short a trip really. I had an absolute ball in lovely light on the Gulf coast and vowed to come back again as soon as I could. That turned out to be only eight months later, last November, when I found enough time for a long weekend. I posted a gallery of that trip here, but never managed to get around to blogging about it and giving a little more detail about the various challenges I faced along the way, what I learned, what worked and what didn't.

The first to thing mention was the weather - not good in some ways, ideal in others. Part of the attraction in Florida is the wonderful light, and during my earlier trip I had a succession of wonderful mornings. Not so this time though! On arrival in the St Petersburg area I was met with a stiff breeze and grey cloud cover creating a dull situation. I was able to just about retain my standard 800 ISO, but the images just don't have the vibrancy of the last trip. I was able to lift them a bit in post-processing, but it was a bit disappointing. Ultimately however it meant that instead of having to pack up at 10am when even at this time of year the light is simply too harsh, I was able to photography birds all day long. On my final day at Fort Desoto, the weather perked up considerably - the wind died down and I got the beautiful light I had wanted. Irritatingly I actually then blew a lot of images on this final morning, including completely nerfing a fly-by white-morph Reddish Egret - sharp as you like but blown to smithereens! I gave myself a good talking to and pulled it together for the final hour or so, but a whole series of images went in the bin. Sure enough, by 10am the light was as good as hopeless and so I stopped and went birding elsewhere. You have to know when there's no point continuing, and in Florida it is difficult to call a halt to proceedings. Not only was I keen to make up for the lost time when I forgot to check my settings, but the birds were still all there, all parading around. But you have to call it quits in this situation.

Part of the problem as I see it was the difficulty of seeing the screen when I was so low to the ground I could barely see through the view-finder. Ironically enough, if I was stood up behind a full length tripod I would likely have noticed far more quickly that I wasn't shooting right, but when you're in the sand straining to twist your neck in ways that hurt a bit, you can lose sight of the basics. An important lesson, a shame I had to learn it (again!) in such perfect conditions. Some of my images from that morning are of course fine, others were salvageable, so it's not as if I came home empty handed. I'll share some of both the good and the bad in a later post.

Enough of my travails however, here are a series of frames of American Oystercatcher which was a top target for this trip having been missed last time. This bird only came onto the beach at St Petersburg very late on once human activity had largely died down, and on one of the dull days. However its arrival coincided with the sun beginning to drop behind and somewhat below the pervasive layer of cloud that had screened it all day. I estimate the light improved by up to a stop and a half almost instantly, and before I knew it I was back to shooting at 1/2500s. However this being the Gulf coast the sun sets over the sea, which means if you want to be between the sun and the bird feeding on the surf you have to be IN the sea! I wasn't really up for that just before packing up, so had to wait for decent head turns. The following images were taken when the bird was slightly further up the beach, and have various out of focus bits of either buildings or foliage as backgrounds for a bit of contrast. I was right on the sun angle here, but I quickly realised I was preventing the bird from feeding by forcing it up the beach in order to get my angle and avoid getting wet. I retreated to one side and allowed it to come back down to the surf line. 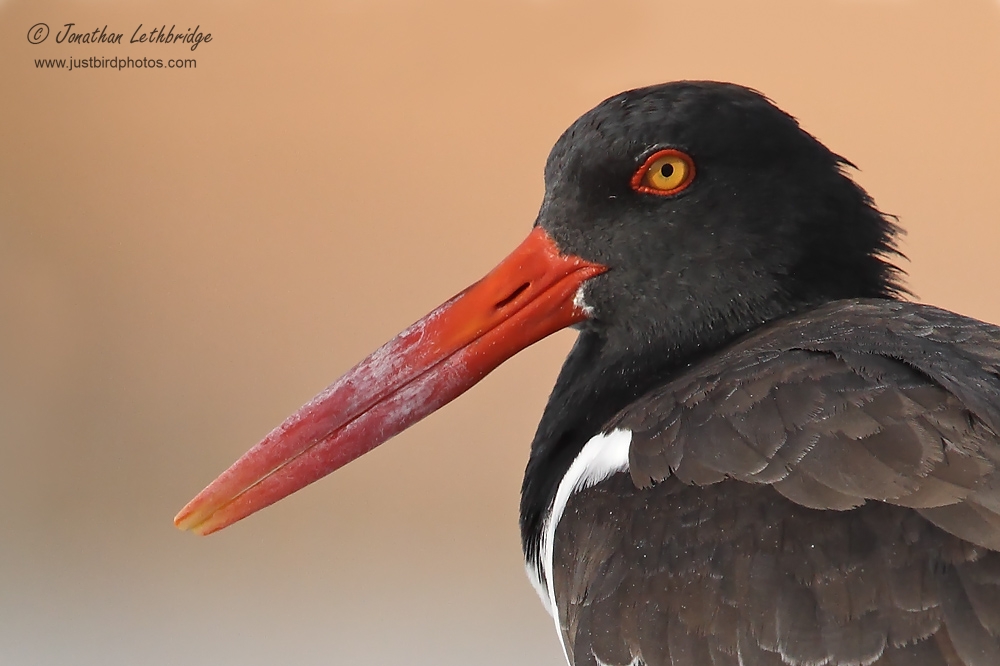 In terms of what I mean my needing that extra smidgeon of light, compare the following two images. The first has the bird facing almost directly away from the sun, whereas the second has a slight head turn that lights up that fantastic eye a treat. In my opinion this saves images where a lot of the bird is poorly lit, as you are immediately attracted to the eye and the beak. Despite the action, really that first image has nothing going for it at all with only the mantle lit.

I probably spent about twenty minutes with this bird as the sun gradually got lower and lower, albeit without creating any sort of sunset whatsoever! Still, it was good to study it in such detail and finally get something on the CF card. Almost all the images are taken with the bare 500mm lens at f4, which indicates that the bird was pretty close. Shutter speed was as mentioned a constant 1/2500s, and some of the earlier images in the series actually see the camera set at f8 or f6.3 - there must have been a brief blaze of light! 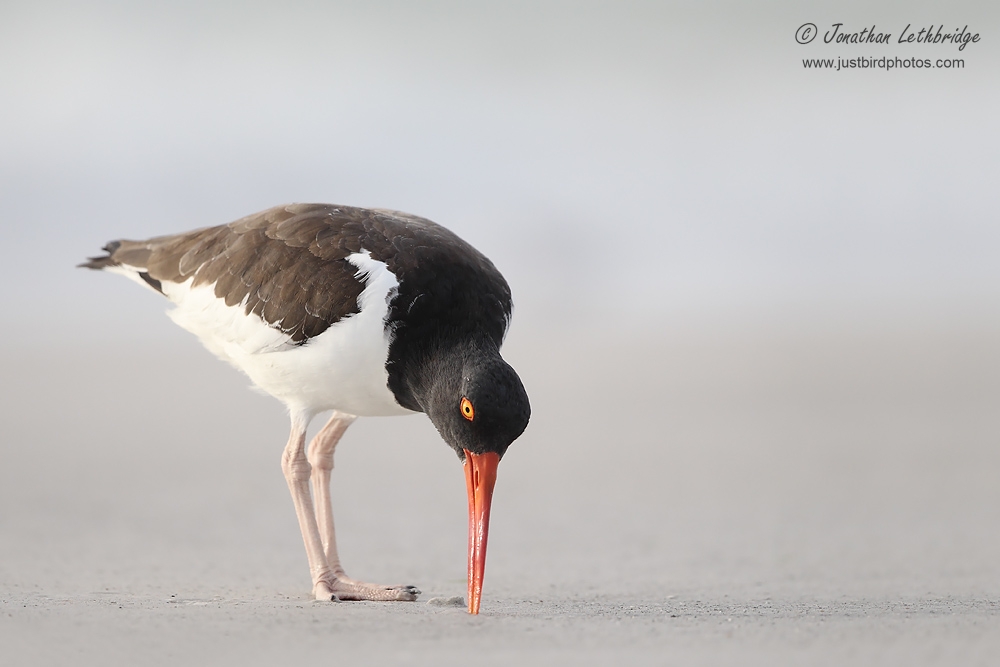 As a postscript to my final day and the lovely morning light it brought, just as I was leaving an American photographer turned up in massive SUV and asked if there was anything about. He then proceeded to tell me about all his brand new kit for about ten minutes (everything newer than mine, everything larger!), and then headed off to the beach to take a series of likely worthless images in the blazing sun, shadows all over the place and simply uncontrollable whites!