On my first trip to Florida in March last year I didn't see a single Black Skimmer or Snowy Plover, two of my top targets. I had a wonderful time regardless. On my second trip about six months later, I was pleased to finally find some, though the circumstances were less than ideal. After my failure the first time, I put in a lot of research, even finding one of the breeding colonies on a satellite map of the area and working out exactly where it was via Google streetmap. Not especially relevant for a trip in November, but it shows I was trying! In the event I found about thirty birds on a Sunday afternoon in the most crowded part of Fort Desoto imaginable. My heart skipped a beat when I spotted a single bird in amongst Laughing Gulls, and then suddenly they were streaming in from the north. I managed a couple of flight shots but I wasn't really ready! Then came a difficult situation - the birds were all hunkered down facing away from the shore, and being late on the west side or the peninsula the afternoon sun was right behind them. I could get the sun behind the birds, but only if I waded into the water, and even then they were all facing away, and so tightly bunched together that I couldn't pick out a single bird and a plain background. There was precious little time to think, a stray football could bounce through the flock at any minute, there were people everywhere. So I waded in and got wet, trying to get the lens as close to the water as possible and attempting to get the images I wanted. What worked in my favour was that after a few minutes the birds started getting up in small numbers and flying off further down the point, into the roped off area, allowing a few single bird shots. And then of course the inevitable happened and a child charged the whole lot for a laugh. Sat in the surf I was dumbstruck, but also elated as I knew I had a few keepers despite the experience being very brief. The next day I returned to the same spot, and whilst it was devoid of people it was also devoid of birds. Looking south into the restricted area I could see a mass of birds of all sorts of species, including Skimmers, but they were beyond my reach. A couple of metal detectorists totally ignored the ropes and went right down into the bird sanctuary, but I was not going to do that. I am going to need to do a summer trip, and I know exactly where to go! 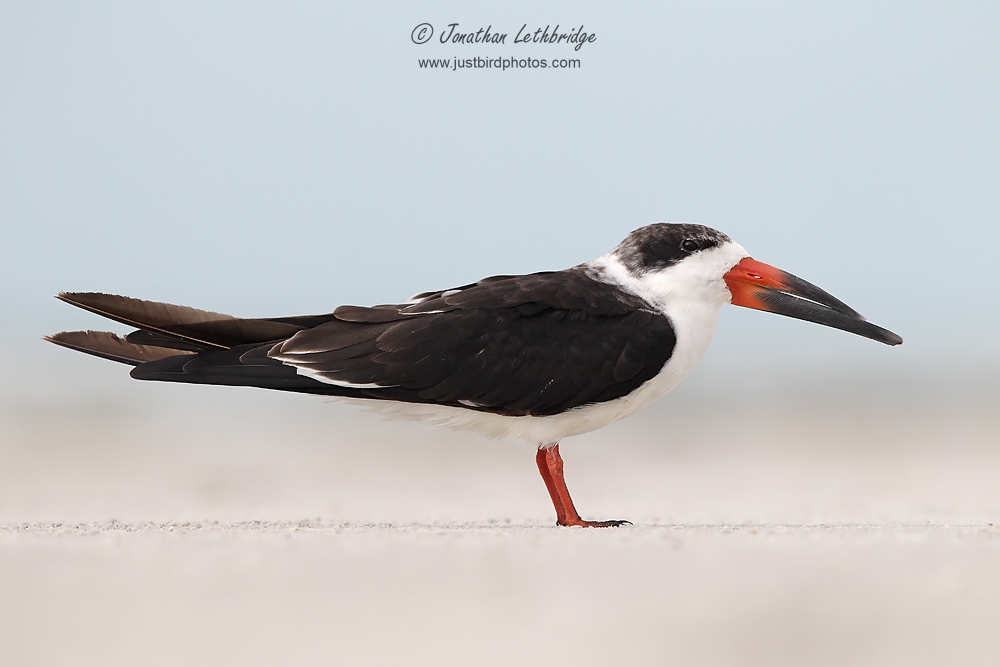 This final image is possibly my favourite, with the added people element. In the original photo the couple were much lower in the frame, and in order to use the photo for the title of my trip report I simply removed the middle slice of the frame to bring the people up. The right hand side of the image had to come up further than the left obviously as the lowest bird is below their level. I really like the result, even though there has been some manipulation - bet you couldn't tell though!