There were quite a few Whinchats on Wanstead Flats this morning, perhaps up to six individuals. They were not easy to approach - birds in groups are usually far more easily spooked than lone birds. It took some chasing around, but eventually one of them did allow me to get close enough that I could get at least something with the 800mm and 1.4x converter. It was pretty breezy, so both the stem the bird was on and the monopod the lens was on were moving about like anything. In situations like this I just shoot as many frames as I can and cross my fingers. All in all I was pretty pleased given the incredible focal length involved, but I can't help thinking that to get that killer shot I just have to be a lot lot closer, and that's the hardest part of all! 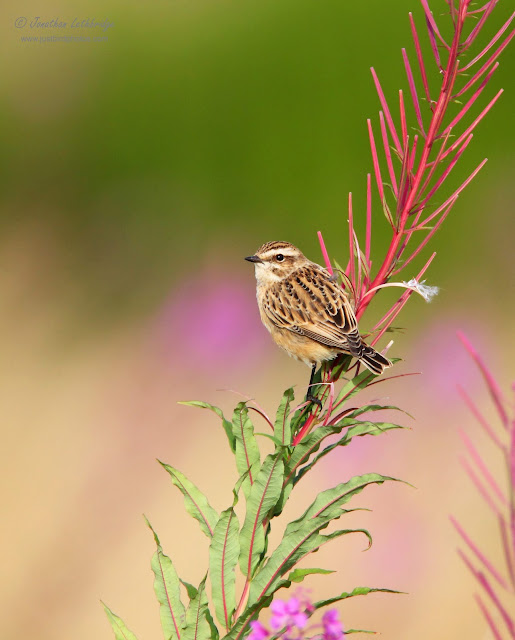