Black Redstart at Rainham, and thoughts on the Canon 500mm Mk II

I didn't really choose my day to go and see this bird! Dull, miserable, and above all freezing - not making for great photography conditions. The bird - a male - was showing relatively well from the top of the sea wall, but was about twelve feet below my level - not great for getting a decent photo. For whatever reason, and despite the cruddy weather complete with a tiny ice particle storm, I decided that the best thing to do would be to descend to the waterside to get down to bird level. Of course the bird immediately flew 30 yards further away...... However with patience it came back, happy to feed not too far away. We're not talking Morocco close, but it wasn't too bad really. I was ill-prepared though - no tripod and only a 500mm lens. I say only, that's actually quite a lot, one of the longest there is in fact, but passerines are small. Birders with telescopes often expect that these super-telephotos give a photographer equivalent magnification - a long way from the truth. I estimate that a 500mm lens is probably equivalent to 10x binoculars - hardly the 60x of a decent zoom! Any time I moved, the bird did too, so I ended up sitting stock still on the foreshore and waiting. Somewhat of a surprise was the presence of two enormous Brown Rats, who appeared not to notice me at all! I guess I'm pretty good at sitting still - either that, or these rats are particularly bold! 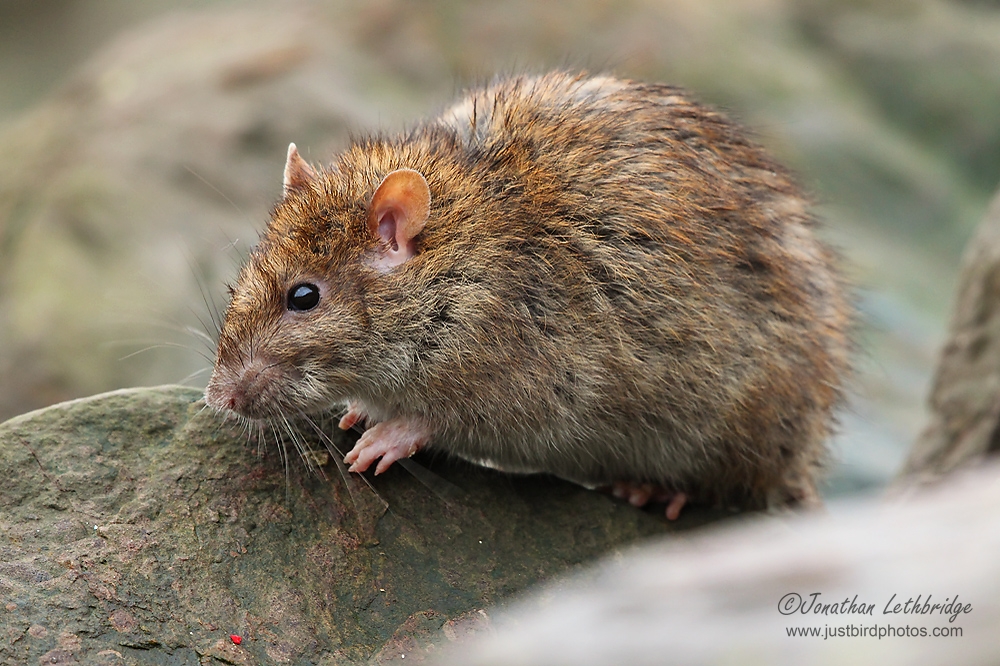 The above shot of the rate full-frame at 1000mm - 1/125s at f8. As you can probably guess from the focal length, I was using the 2x converter (the Mk III version). I'm stunned at the detail available with the 2x converter on, such a low shutter speed and minimal support. The Black Redstart finally came within range, and I was as ready as I could be. I should say at this point that my 500mm is the new Mk II version with the 4 stop image stabiliser - a recent splurge. Supported by my monopod, and bracing as much as I was able I nabbed a couple of shots as the bird moved through and past me. This is the best of them - I have to say that I'm relatively impressed with the performance of the converter. I rarely if ever use a 2x converter - in fact these days I hardly ever use the 1.4x - however this was one of those times when it was necessary. With a tripod, and locked-down properly, I reckon the quality would be perfectly acceptable. The below is a fairly heavy crop, a vertical crop using approximately 40% of the original capture - 1000mm, 1/250s at f8, ISO 1250.

When I bought the 800mm last year, I thought long and hard about selling the 500mm Mk I, a lens that had changed everything for me. Eventually I did though, knowing that I would likely cave in and go for the Mk II at some point. I didn't expect it to be so soon, but I actually need it for a hide photography trip I'm going on in a few months where 800mm will actually be too long, especially with a mimum focus distance of 6m. I also now realise how valuable f4 actually is in this country during the winter months, having not had the option all year. And last but not least, this lens is so much more portable than the 800mm, which is always a mission to carry around. It fits in a small bag and so I can easily take it with me to work and back - and now that it's getting a little lighter a little earlier, this means I have some opportunities before work, this will keep me sane I hope - bring on the Wheatears! The weight difference is also very noticeable - at 4500g the 800mm is over 40% heavier than this new 500mm (a paltry 3190g). This difference in weight means the 500mm is pretty easy to handhold, even for a weakling like me. The Grey Heron below was handheld at f4, 1/1000s at ISO 800. I feel pretty greedy having both, but I know I will use them both, and the 800mm is great in small bird situations - I should have taken it to the Black Redstart today! 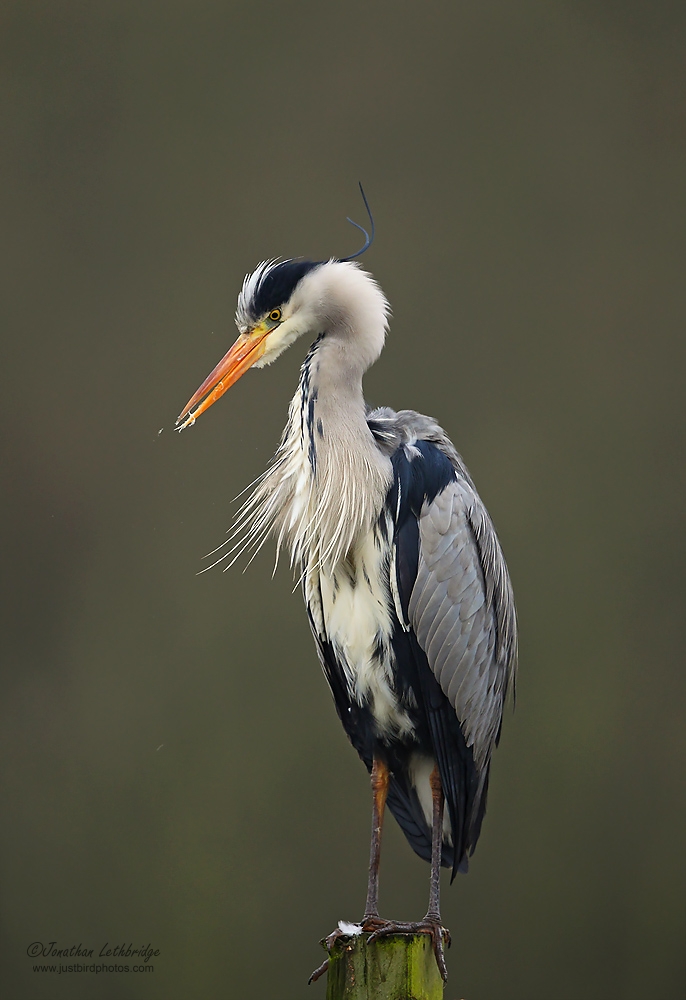