A real patch rarity turned up at the weekend, a pair of Golden Plover, and what's more they were on the deck - this is most unusual, normally we'll get a fly-over, and that's if we're lucky! I caught up with them late Saturday afternoon, and not wishing to push my luck, didn't approach too closely. Conditions were poor - light snow and pretty murky - IOO 400, 1/160th at f5.6, and this is the result with the hand-held 500mm f4 mkII, with the 1.4 mkIII converter in place - I managed to rest the lens on a grassy tussock, lying flat on the ground to take this photo: 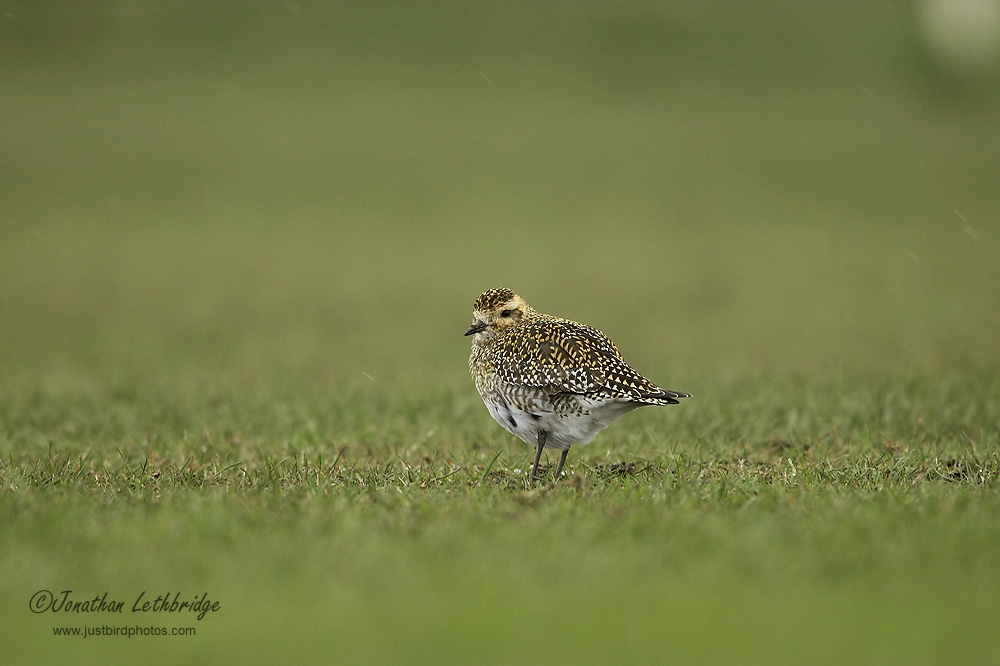 Almost unbelievably, the birds were still on the patch the following morning, having relocated to what we call Police Scrape, a bit of rough ground that held the Met Police Olympic Muster Station last summer. It got really churned up and has yet to recover, and the pools that have accumulated during this winter are attracting quite a lot of birds, though up until this morning, nothing particularly good! The two Goldies had somehow managed to attract a third during the night, and seemed very settled. Knowing how they had reacted the previous evening, I decided I could probably get a lot closer - once again I descended onto my stomach and began crawling forwards. I reckon I got to within about ten metres, perhaps closer. With no tussock available, I rested the lens on my backpack. No converter this time, though perhaps I ought to have used it for some properly close-up shots, and the light at 8am was better than the previous afternoon. Shooting details were ISO 800, between 1/250th and 1/500th at f4.0. I'm much happier with the results, they have that bit more zing about them. I wish I'd had proper support, and that I'd gone even closer! 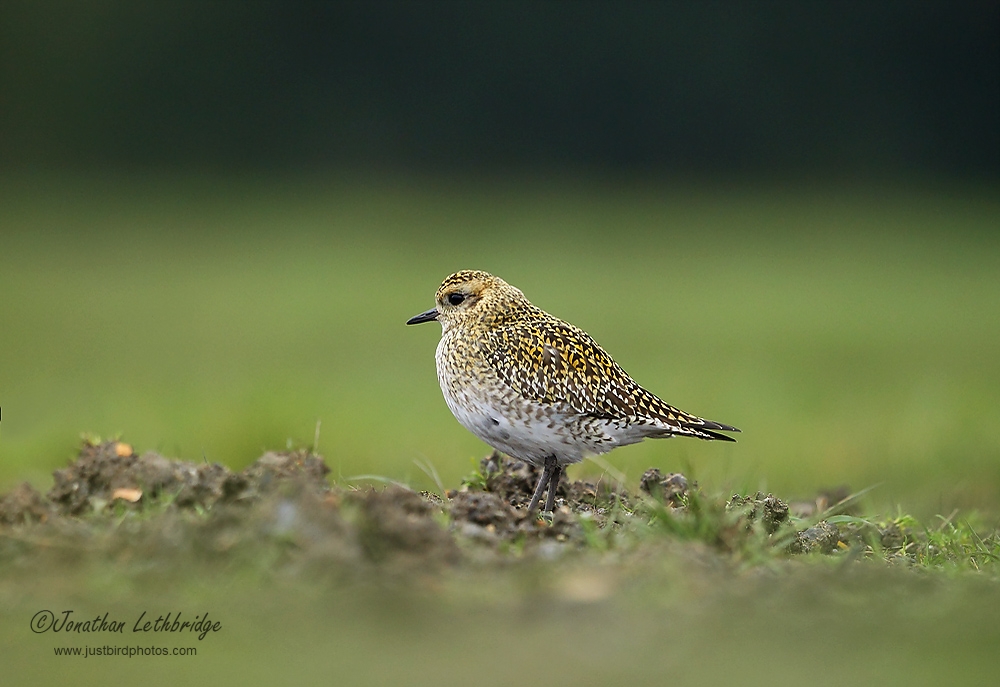 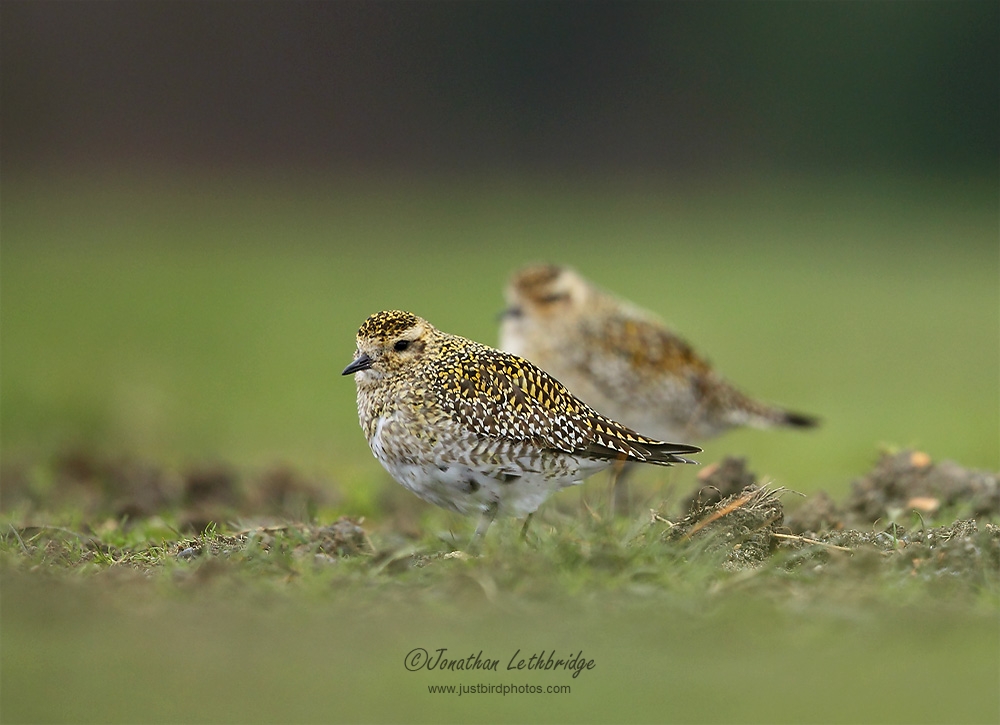 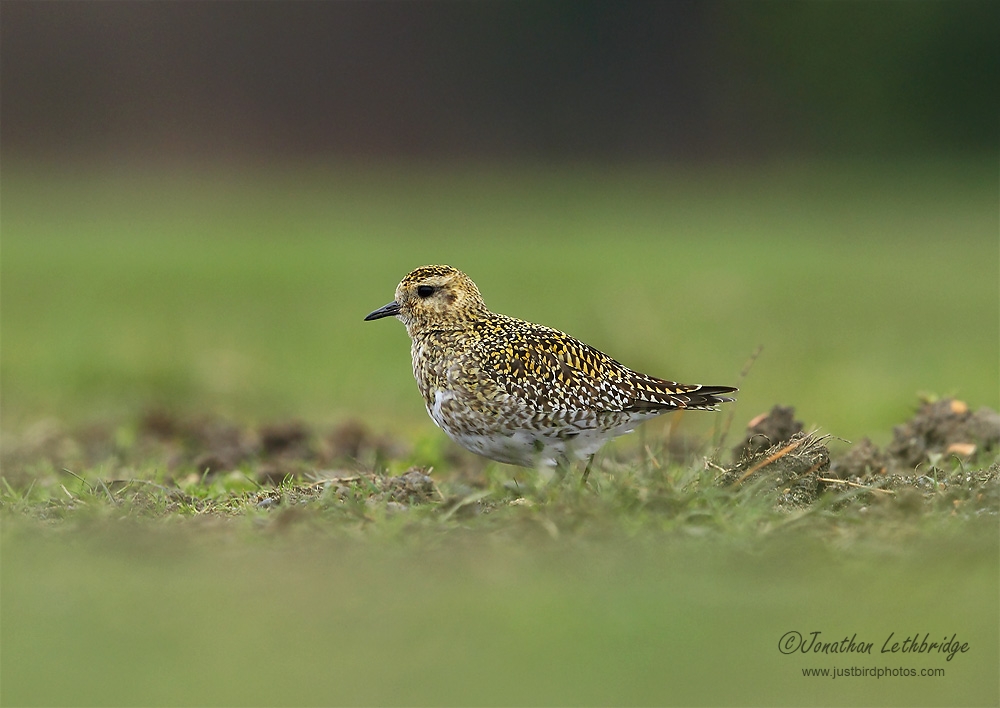