The default Wheatear in Morocco is the White-crowned Black Wheatear, Oenanthe leucopyga, and they are literally everywhere. You find them in towns as well as remote wadis in the desert. And it goes without saying that they are superb. They were also relatively easy to get close to, and we found we could pretty much pick a perch and sooner or later the birds would use it. The 800mm lens made light work of getting some really nice close-ups of these fantastic birds.

One of first stops was near the town of Ouzarzate, where we found a pair. Using a bit of stealth I approached a bird, and was amazed when it then halved the distance and came and landed on a nearby rock to check me out. At that point I only had the monopod, but the light is so nice in Morocco that I could probably have handheld for this one - 1/2500s at f5.6. 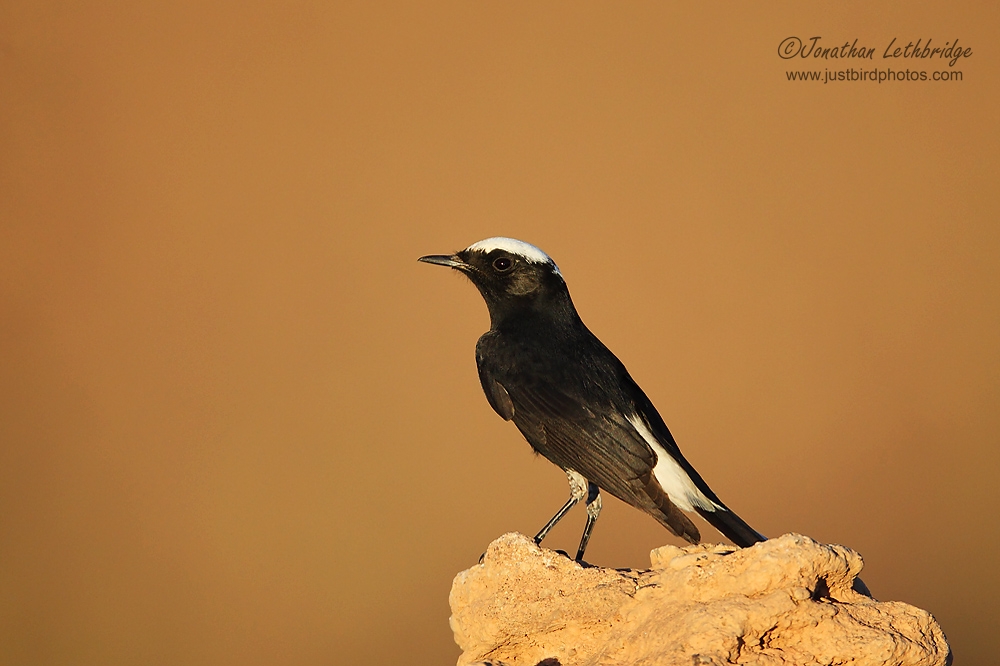 For subsequent shots, I found that the best method was to mount the whole rig on a tripod, which I would then crouch behind, pre-focused on the intended perch and wait for the bird to come in. This meant I could then stop down to f8 or thereabouts. I used manual exposure throughout - the light is pretty constant out there, and it's far easier to control the whites than using AV. Canon's 800mm is a bit of a beast - heavy, unwieldy, and thus a pain to lug around, but for well thought-out shots of perched passerines it really is the business. I never resorted to a teleconverter, there was no need. Here are few of the many images of this species that I took during the trip. The first three images below are of a young bird - these do not have a white crown, and so look deceptively similar to Black Wheatear, Oenanthe leucura, but can be separated by tail pattern, and to a certain extent by habitat. The sexes are identical - on the photo with two birds I have no idea which is which! 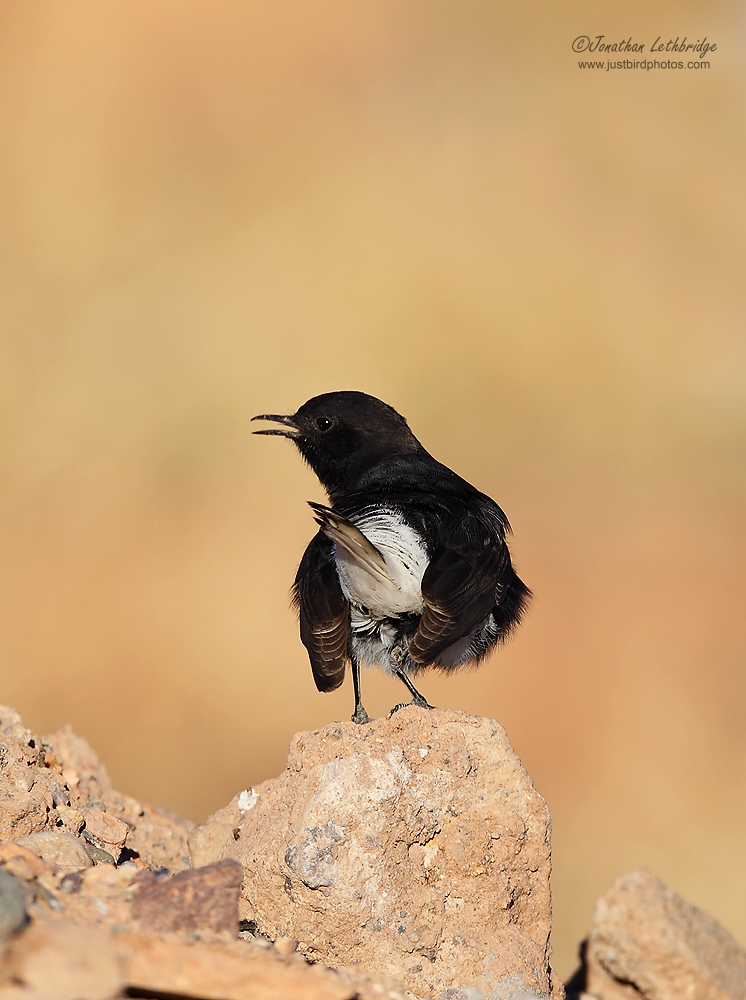 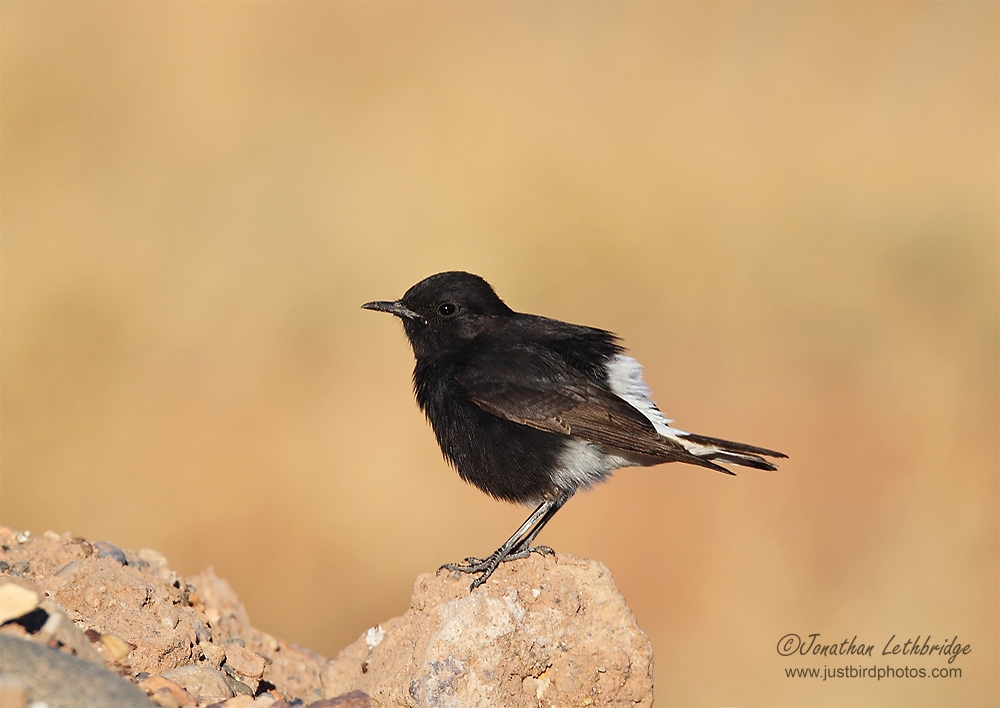 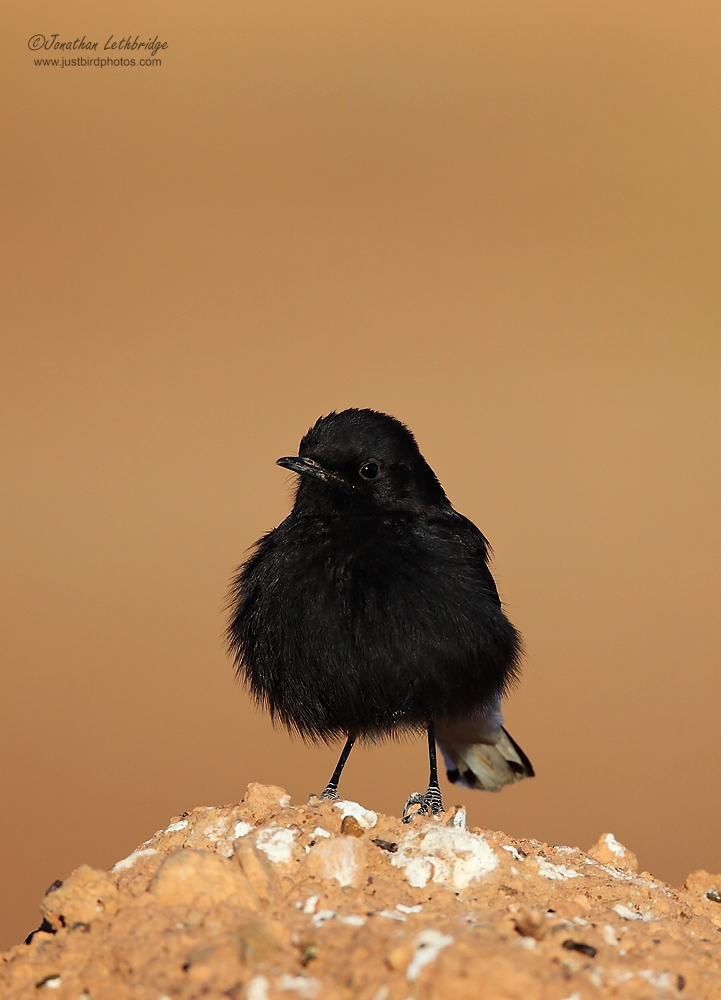 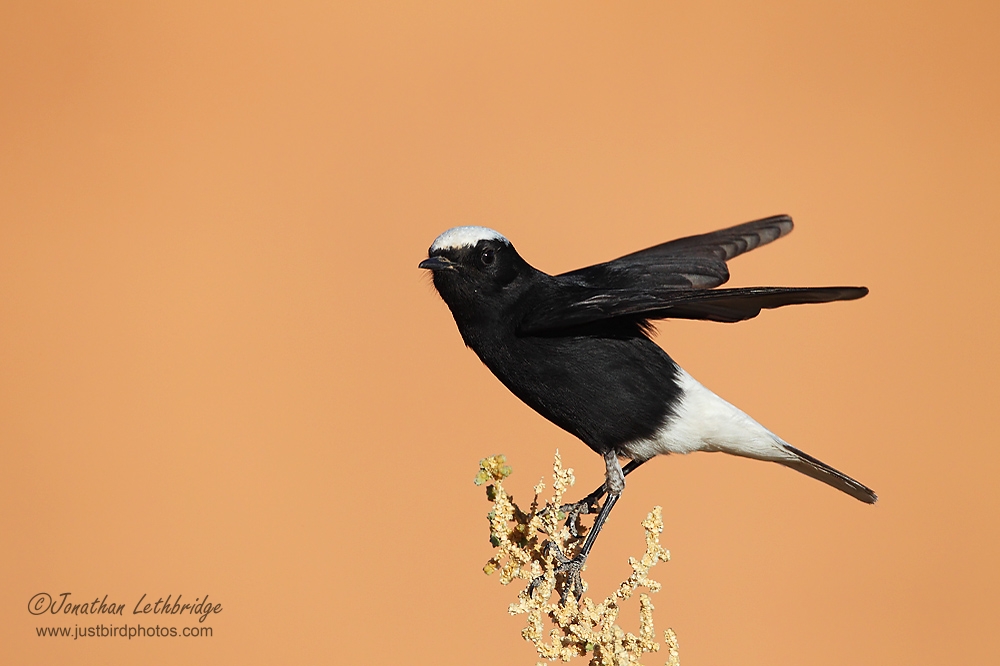 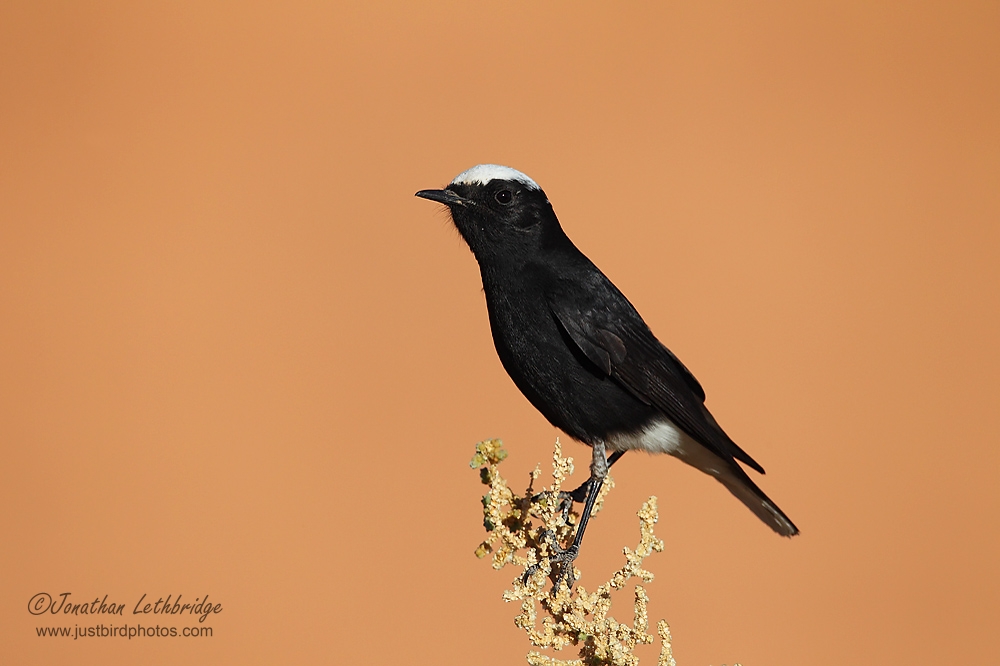 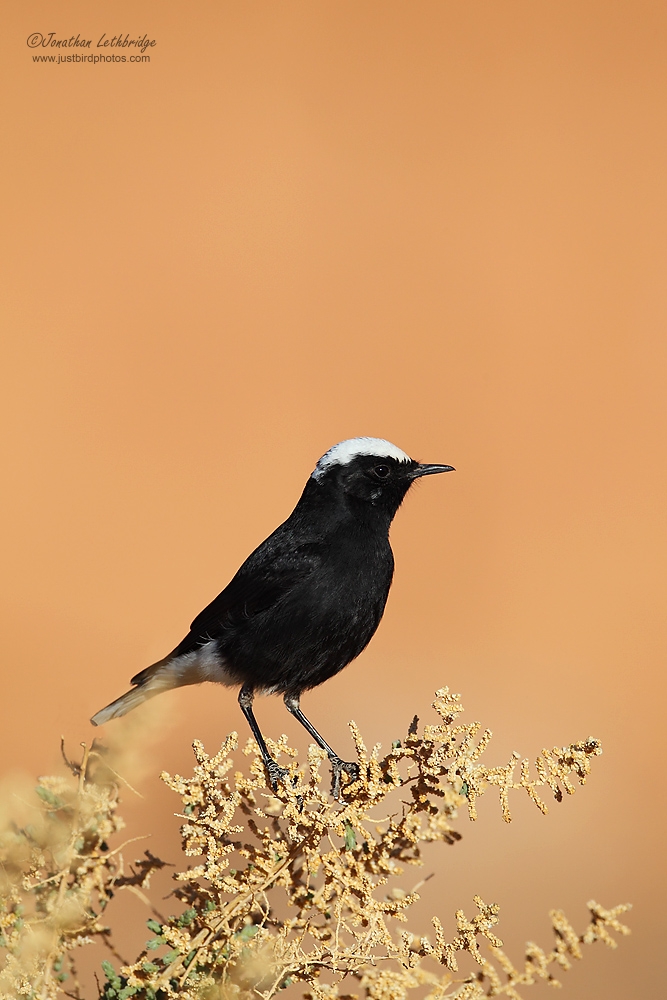 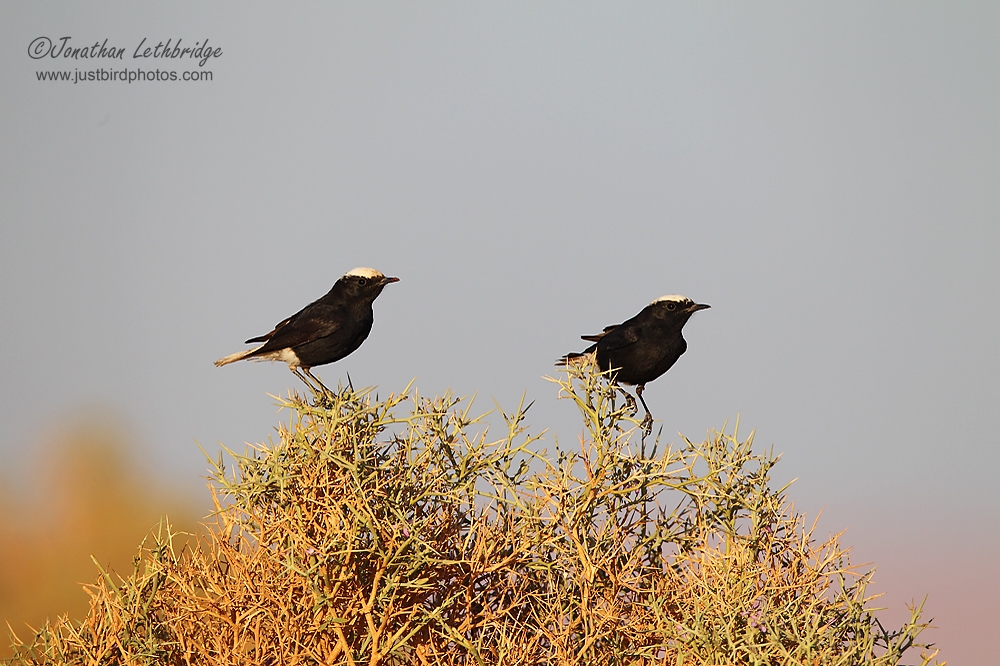 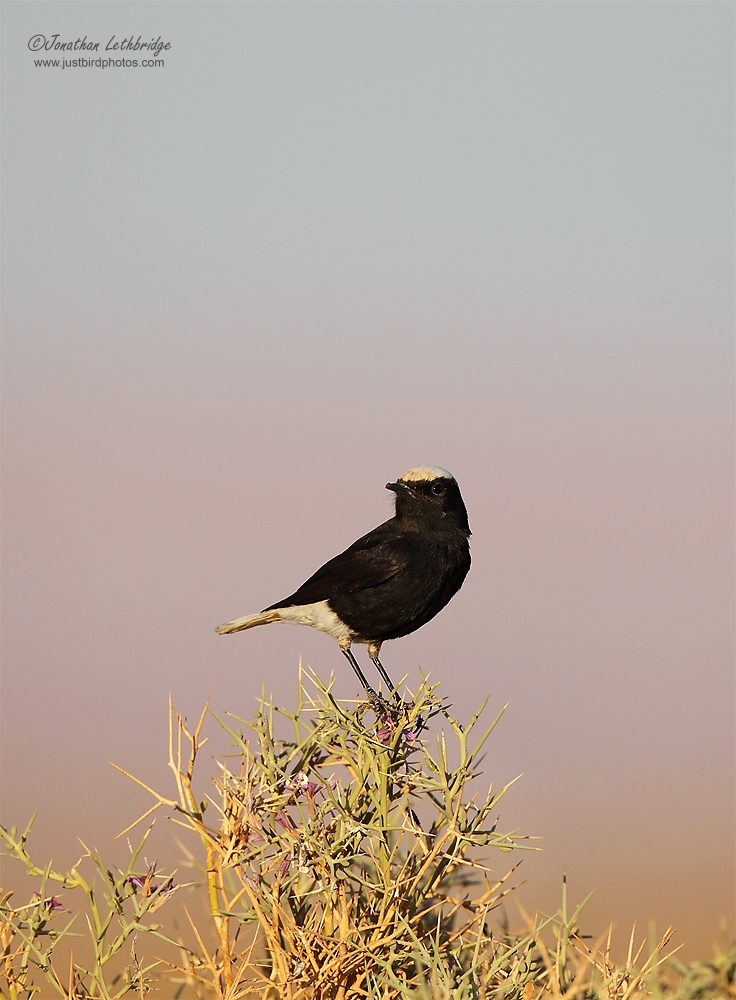