It had been a relatively quiet morning up until about half eight, nothing untoward at all. My first Blackcap of the year in song, causing my brain to momentarily overload given I've not heard the song for months, and also my first Willow Warbler. What I wasn't expecting was an adult Kittiwake to cruise over my head and then start cirling Alexandra Lake really slowly, but that is exactly what happened! The first I knew of it I was looking up at a medium-sized gull that had jet black legs. The period of recognition was petty quick despite the strange circumstances, and after a quick confirmation of the bill and eye I was jumping up and down! First job was to get the teleconverter off the lens as I'd been using it for small birds, and then get dialled in for manual exposure - changing background, changing distance between me and the bird, i.e. changing amount of white in the frame. I ended up on 1/2000s-1/2500s, and f6.3-f8.0. I had started off at 1/1600s, but soon got up to the slightly faster speed. Luckily I had all the time in the world as the bird just glided back and forth. Normally I see Kittiwake on remote scottish archipelagos, so to get one in suburban London was brilliant! All with 1D Mark IV and 500mm f4 IS Mark II, hand-held. 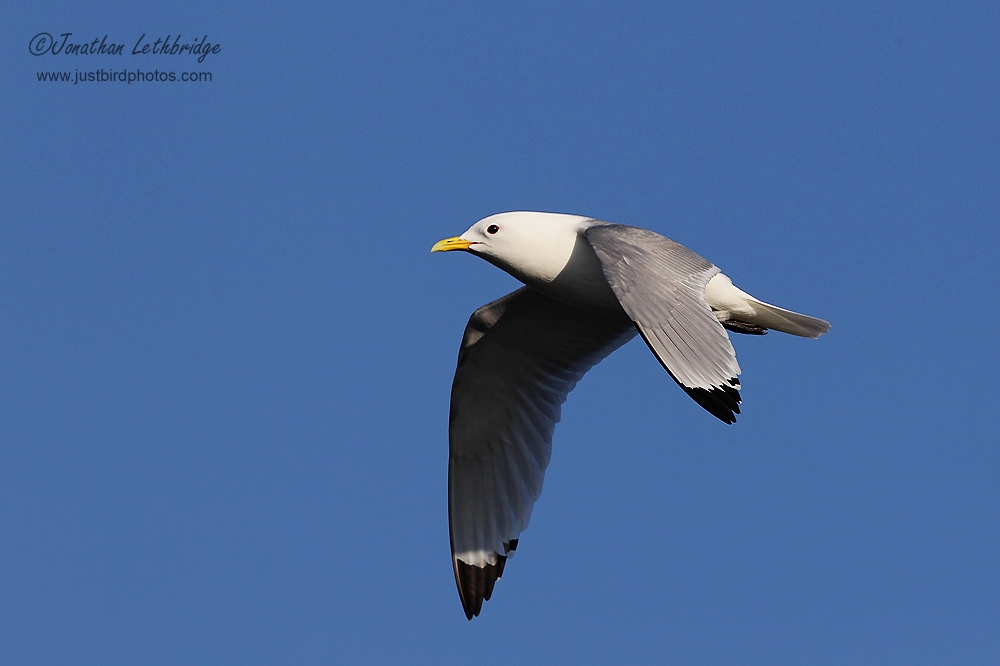