I arrived fairly late in the day on Friday after electing to do a morning's work first to help pay for the trip. This left just enough time to have a quick beer with the other photo-tour guests, and make plans for the day ahead. With a period of hot weather about to end and with rain forecast I elected to go to one of the drinking pool hides; when the forest is dry the drinking pools are a valuable source of water for bathing and drinking, and will be visited frequently. And so it proved with non-stop activity in the morning and the afternoon, with the only quiet period being in the middle of the day, as you would expect.

The two drinking hides are situated close together in Debrecen Great Wood. They seat three people reasonably comfortably, and are set below the water line, so that you can set up parallel to the surface for absolutely level-with-the-bird shots for that unique perspective, and allowing for awesome reflections. You shoot through one-way glass, and  I estimate that this cuts up to 2 stops of light. Drinking hide #1, the one I was in, is set underneath the canopy, and as such it can get very dark - shutter speeds of 1/60s are not uncommon, and as such bathing action or bird interaction is essentially out of the question which is a great shame. You face a shallow pool, constructed as a metal trough, that is perhaps 5m long. The majority of the action happens at the far end where you can set up various perches - mossy bark, stones, sticks, whatever takes your fancy. A pre-bathing perch is often a good idea - birds like to take a moment to check out the situation before getting down to business. The sides of the pool are lined with logs that prevent birds from drinking, thus everything is concentrated at the far end unless you set up a perch closer to the hide. There is a large gap between the end of the pool and the foliage at the rear, allowing amazingly clean backgrounds. 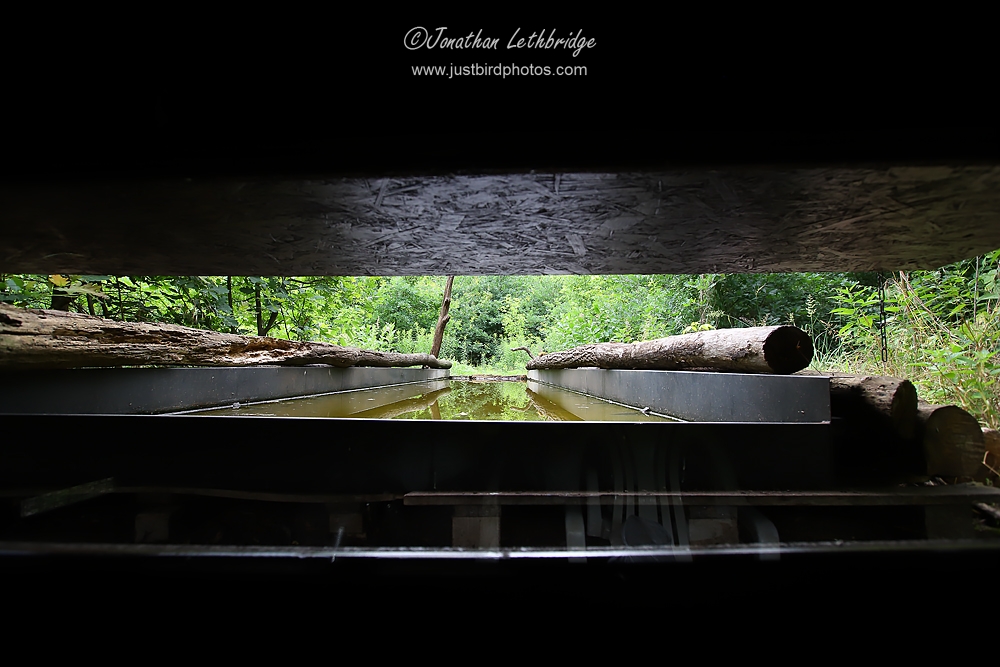 Note that drinking hide #2 is identical to the first in terms of physical layout, but is in a more open situation that allows faster shutter speeds - perhaps up to a stop and a half. When I was there though, it attracted far fewer birds than hide #1. You are more likely to get a light green background in #2, whereas #1 will have darker backgrounds, including black.

When we arrived the guide opened the hide up, cleaned the glass, topped up the pool with water and left us to it. It didn't take long for birds to return, and for the photography to start. A average day should see 18-22 species visit, an exceptional day would be 30 species. These are classic woodland birds - Tits, Woodpeckers, Thrushes, Finches and so on. It can get quite intense at times and you don't know what to point the camera at! One recommendation is to get the birds before they start bathing, as they become very quickly become drenched and rather unattractive! 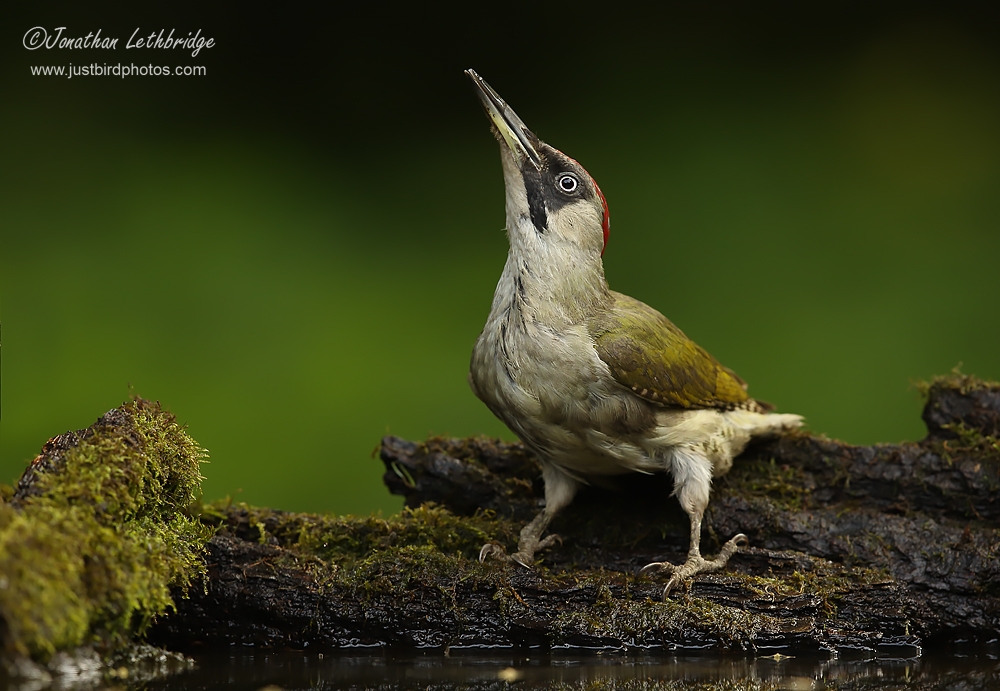 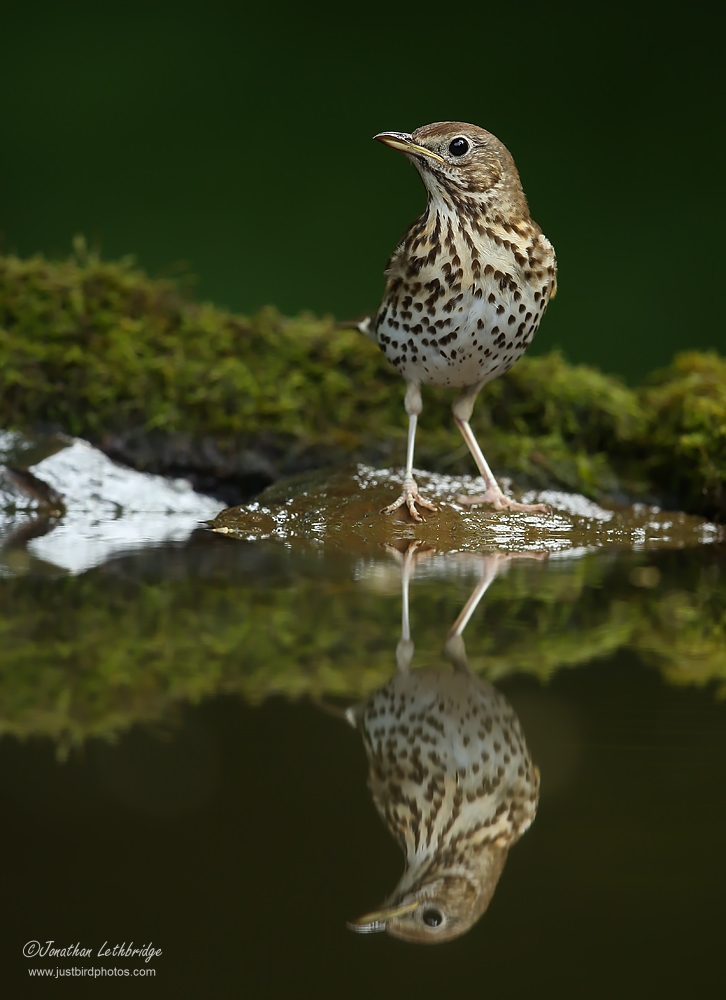 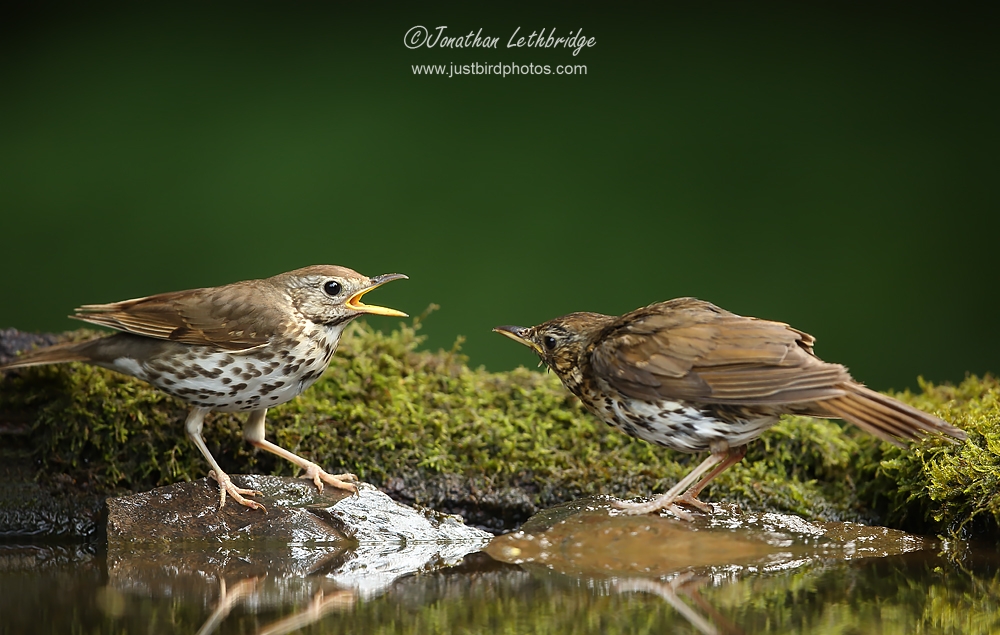 I had a great day, getting shots of some species like Turtle Dove that I had only dreamed of. My only criticism beyond the light issues is that many images end up looking very samey, even if of different species. I wouldn't put together a portfolio of images from this hide alone, it would be very one-dimensional. You can help yourself out by nipping outside every now and again to play around with the placement of perches, but there is still really only one thing going on. This does not in any way detract from the fun though, and it's pretty easy to get standout shots that you would difficult to reproduce elsewhere. Beware of getting your horizons level - with reflections it's really obvious when you're not true to the world.

We elected to have a full day in the hide, though a half day is an option. We arrived at 6.30am and were picked up at 6pm - that's a long day to be sat in one place, but the images you get make it worthwhile in my opinion. In a 12 hour session I got the best images I've ever taken of probably a dozen species, can't ask for more than that really, and I'll be doing a series of "species" posts in the coming days, to include Hawfinch and Turtle Dove. 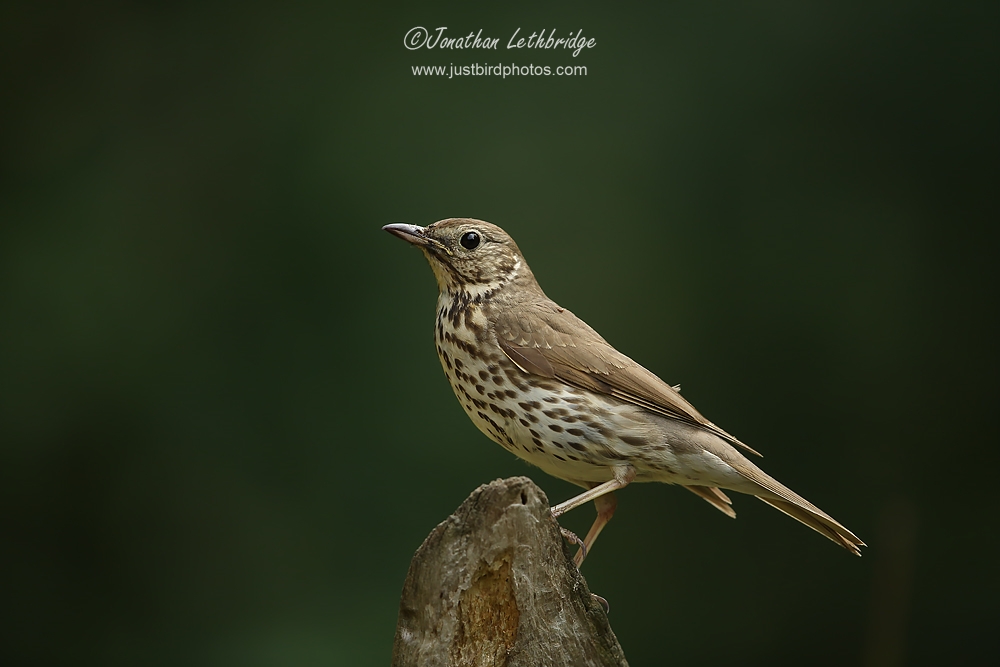 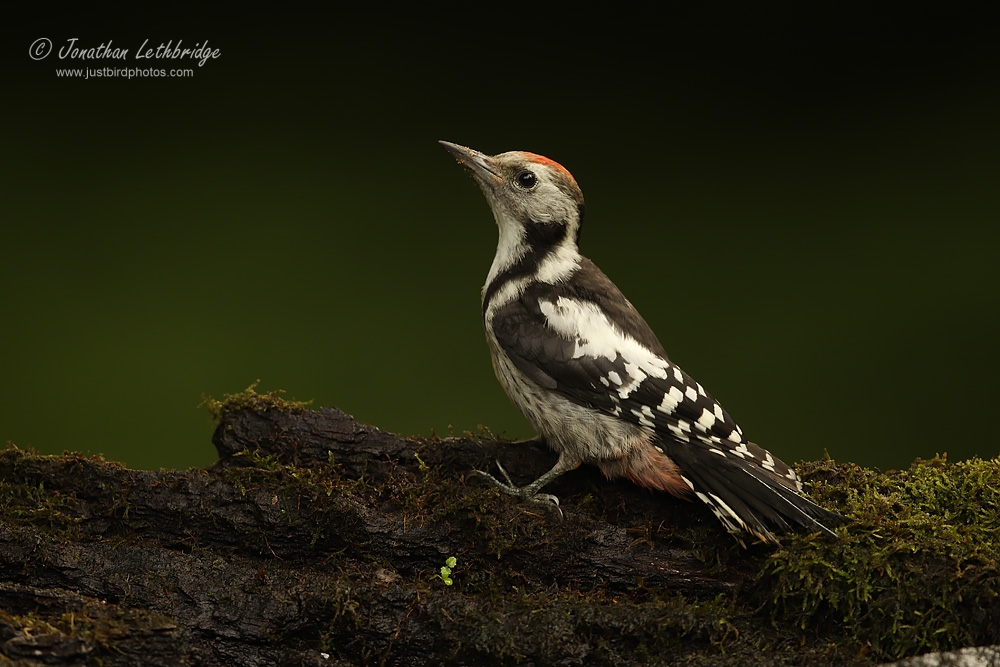 Lenses: Lenses from 300mm to 700mm are what you need, including any crop factor. A 500mm f4 was my most-used lens, though a 300 f2.8 also saw some action. With the end of the pool about 5.5m away from you, 500mm is excellent for portraits of small birds when using a 1.3x crop body. A 1.6x crop body would likely be too much to allow pleasing compositions. If you want full reflections, this focal length of 700mm is too much, and I swapped to a full-frame body. For larger birds, like Jays and Thrushes, 500mm native focal length was good, though 400mm would have been better. Anything closer would require a 300mm lens, an f2.8 version would be good as it lets heaps of light in, though bear in mind that the subjects are often at or just beyond minimum focusing distance, so stopping down is often required, despite the lack of light. I found myself using f8 and f9 quite frequently to get sufficient depth of field, with the resulting extremely slow shutter speeds - down to 1/40s in some instances. Solid long lens technique is very important, as is a tripod.

Cameras: Unless you only use a 300mm lens, a 1.6x crop is too long. This hide is perfect for a full-frame body with longer lenses, and I used my 5D Mk III more frequently than anything else. A 1.3x crop body gets you tight in for smaller subjects, but won't allow you to get the full reflections in. All bodies need to have excellent high ISO capabilities. I never went below ISO 800, and often used 1250 - it really is dark in there. In addition, many of the best reflective compositions require portrait framing, so a camera with a vertical grip will make things a lot easier and much more comfortable. My 1D Mk IV has a vertical grip built in, but I really missed not having this option with the 5D Mk III.

Other: A tripod is essential in my opinion, with a head than pans easily and smoothly. You may need to lock it down for some shots to minimise the risk of camera shake. Mosquito repellent and after-bite lotion. Toilet paper in case the need arises. Plenty of water is provided. In high summer it can surpass 30 degrees in there. Don't be tempted, as we did, to open the front window a fraction. When the sun is out, unless the lens is perfectly parallel to the glass, ghosting will occur on high contrast areas of the subject, such as a Blackbird's beak. This wasn't apparent in shade, but in brighter light we couldn't understand what was going on until we shut the window. Lesson learned!

Pascal De Munck (Belgium)(non-registered)
Hi Jonathan,
Same here, travelling myself to Hortobagy in a few weeks time. Been reading your blog(s) and these are having really useful tips. Definetly around the used gear. Myself, I'm photographing with the same gear as you. Mainly using combination canon eos1d mark IV with older version canon 500mm lens, sometimes in combination with a 1.4 ext. Reading your blog it seems that this combination works well in most situations but in the passerines (if you want full reflection) and action images from the bee-eaters it could be a little too much mm's... so decided quickly to also rent a canon 28mm - 300mm, can use it to make some pictures of the surroundings and perhaps some reflection shots (if light allows). Your pictures have also a perfect balance between sharpness and colours, specially the red footed falcon pictures. In short if you have some tips in what you use and how you do your post workflow, you can always drop me a mail [email protected] as I'm still learning and struggling with my workflow (I'm using a combination of LR5 and photoshop cc). Many thanks, regards Pascal
Julia(non-registered)
Fabulous images Jonathan. Thank you for sharing such an interesting and detailed write-up of your trip. I am heading to Hortobágy National Park in May and will definitely be taking a copy of your blog with me to remind me of all your hints and tips.
No comments posted.
Loading...
Subscribe
RSS
Recent Posts
Skylark lockdown Pied Wheatear Paddyfield Warbler Cyprus Pied Wheatear fun Florida - Brown Pelican Florida - other Terns Florida - Royal Tern The Blue Zone Florida - Black Skimmer Florida waders - Sanderling
Keywords
Wheatear tit Desert Wheatear Redshank Whimbrel Stonechat cyprus pied wheatear Brown Pelican Royal Tern Black Skimmer
Archive
January February March April May June July August September October November December
© Jonathan Lethbridge/JustBirdPhotos.com
Powered by ZENFOLIO User Agreement
Cancel
Continue