As I mentioned earlier, we had previously forsaken the Bee-eater hide in favour of the Pygmy Cormorant Hide because of the weather - we cannot know whether the Bee-eater Hide would have been any better than where we ended up, but I doubt it could have been any worse! Anyhow, with some sunshine and a decidedly dodgy forecast to come, we decided today was the day for the Bee-eaters, and this proved to be an excellent choice. Conditions were difficult, with sunshine followed by cloud followed by sunshine, exposures problematic for a manual convert like me, but the overall situation was wonderful.

You're sat in a wooden shed that has been positioned in front of a sandbank that has many Bee-eater nest holes as well as lots of Sand Martins. Between you and the sandbank are a few perches, and these are where the Bee-eaters land with food before delivering to the nest holes, and where they often perch. 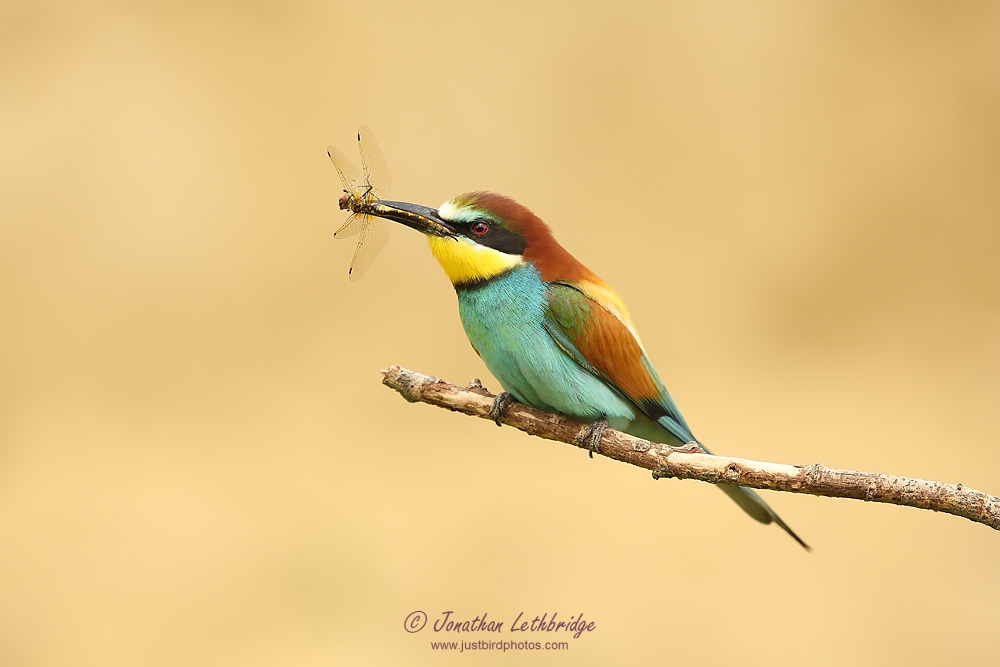 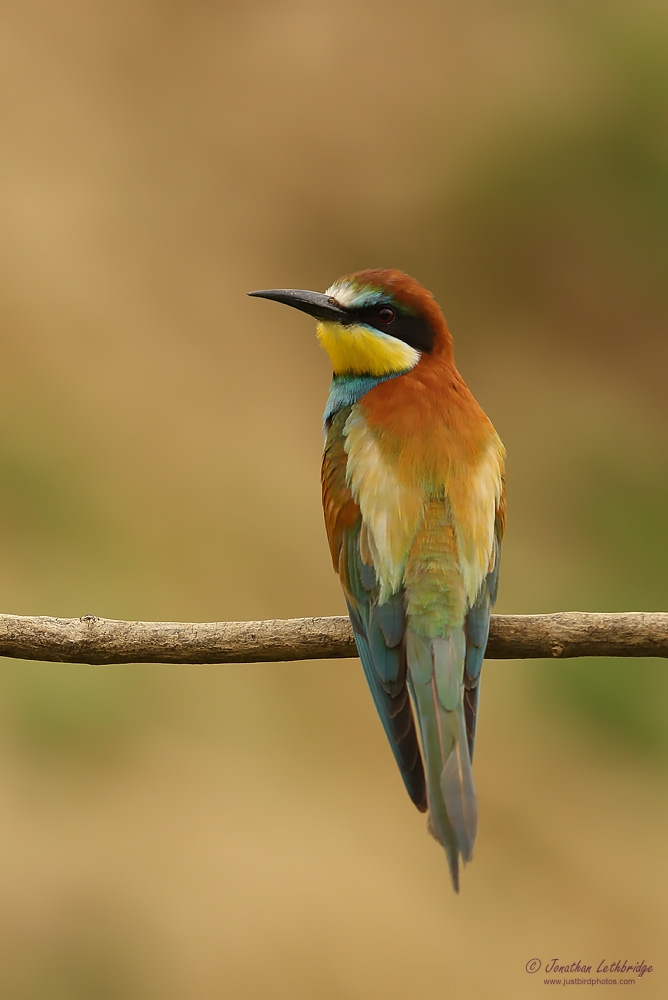 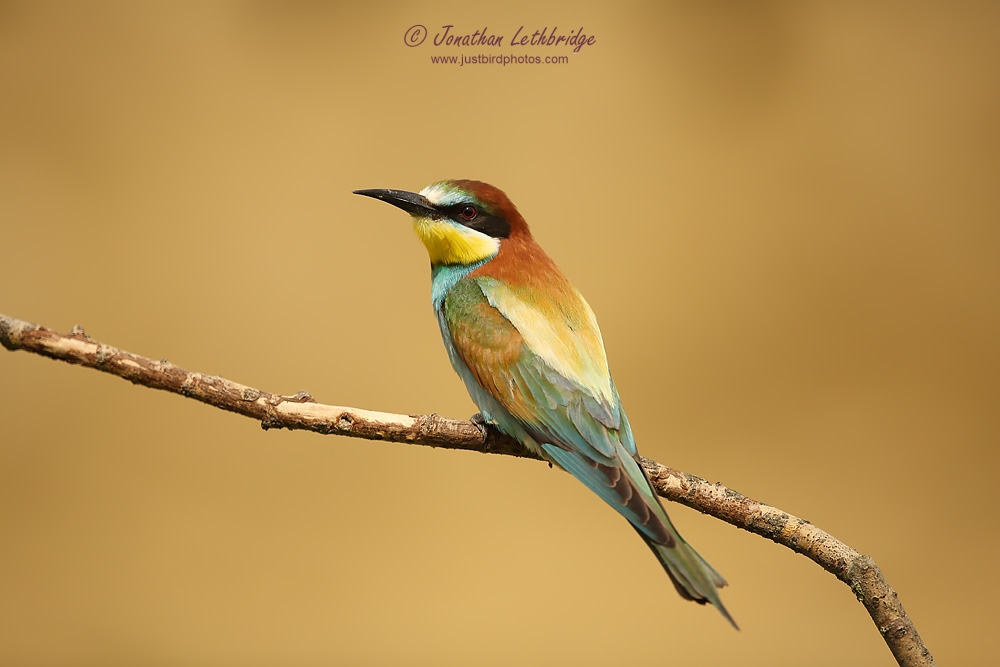 Beautiful birds that I have wanted to photograph for simply ages, this hide ticked all the boxes. After tiring of the standard perched shots, the challenge was to get some wings open action, but anticipating where the birds would land was a complete lottery. The bird that had come back to the same perch four times would land somewhere different the fifth time, or on the same perch but at the other end! And with lenses that were just a shade too long (300mm native - 200mm would have been better for easier framing) I was forever cutting off the wingtips or tail, consigning otherwise great images to the dustbin! 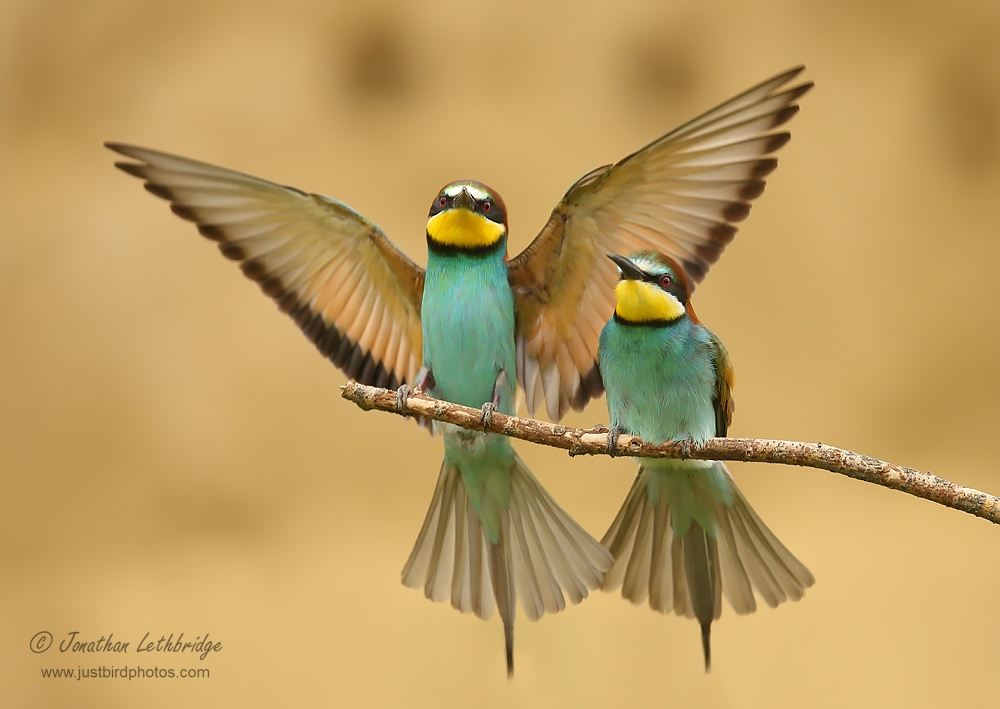 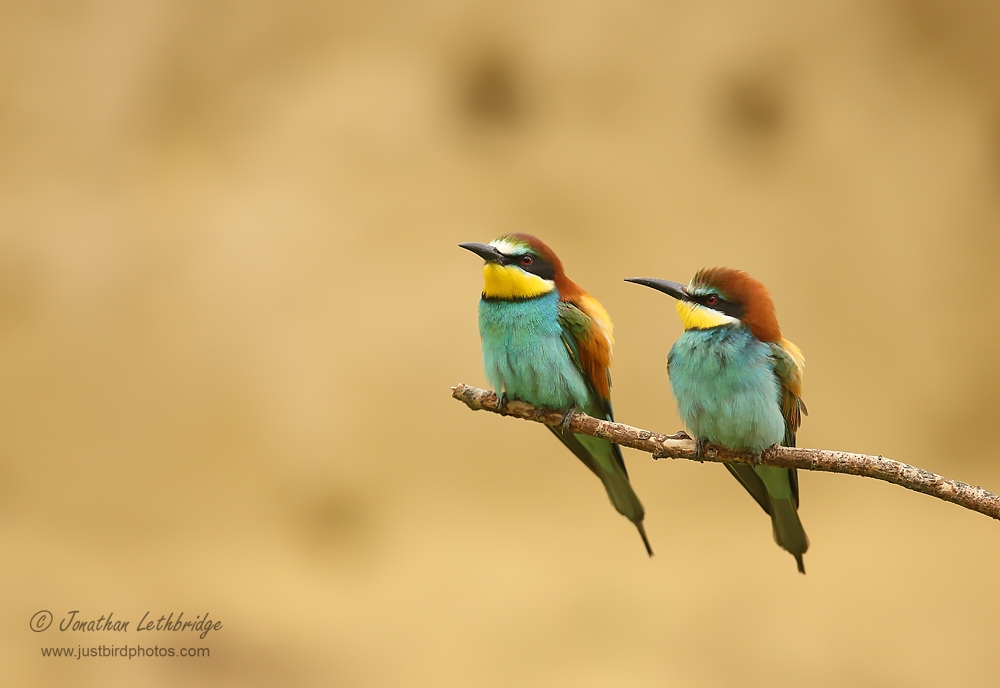 The maximum number of birds on the perches at any one point was probably five, but I think that at least four nest holes were occupied. Periods of inactivity were interspersed with frenetic coming and going, rattling off shot after shot - Bee-eater is one of these species that cannot fail to look nice. There wasn't a great deal of supporting cast - the Sand Martins were too far away, but a Golden Oriole did drop in momentarily in some grass to the left of the hide. Positioned on the right hand side of the hide I had to shoot at a terrible angle through the glass, but it just about worked.

So all in all a great morning, and although the weather was mixed, this probably meant we ended up having decent shooting conditions for an additional two hours. A blue sky day would have seen us pack it in at 10am due to haze and harsh light. So at midday we reluctantly packed up and went back to the hotel before the afternoon session back at the Red-footed Falcon Hide. This was actually the only day we got a break - I had understood prior to going that all days involved a morning and afternoon session, with the middle of the day devoted to sleeping and resting in the cool. In the event either Sakertours were short of drivers or were feeling a little laid back, and every other day we were either left in the hide for the duration, or moved straight from one to the other in the heat of the day. If I go back I'm going to insist on the rest part! 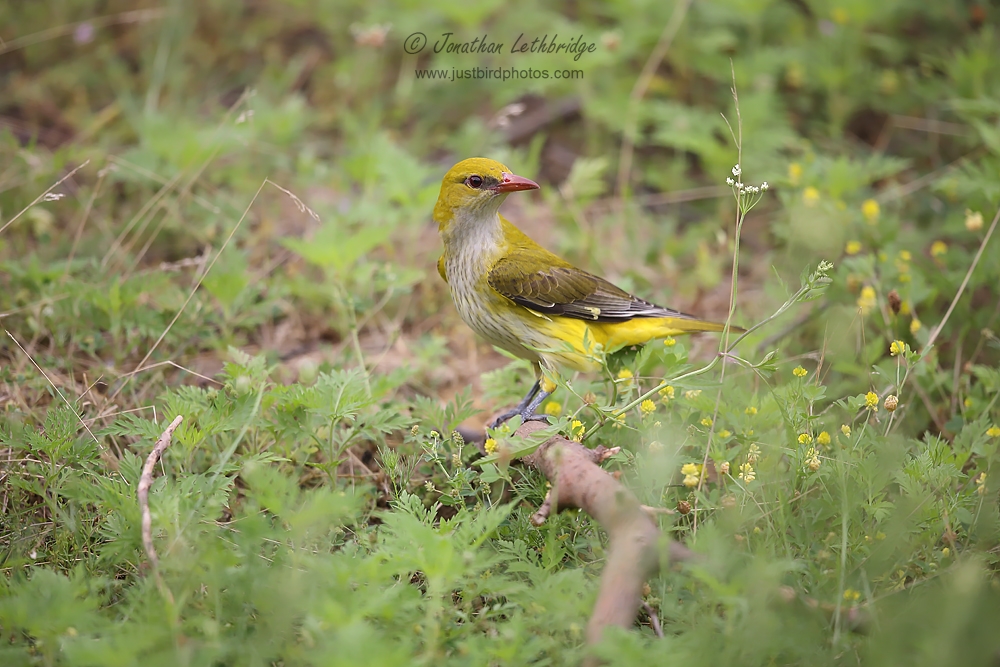 Lenses: The ideal lens for this hide would have been a 200-400mm zoom. I use Canon, and they have just come out with such a lens. Unfortunately it costs something like £12,000 at the present time, and so far this hide is the only situation where I have thought "oooh, I could really do with one of those". As it was, the trusty combo of 300mm f2.8 and the 500mm f4 sorted me out. Really if you have these two lenses, there is very little else you need to photograph birds.

Cameras: Any, I chopped and changed between full-frame and 1.3x crop the whole time. Open wing shots needed the 300mm at full-frame.

Other: A tripod with or without a centre column.