Yet another post extolling the virtues of Canon's stellar 800mm prime I'm afraid. For the past week or so there have been several Whinchats hanging around the patch. For many years I had no images of these smart little birds, but last year I managed a few whilst maxed out with the 800mm and the 1.4x converter. With a 1D body you retain AF, albeit it with the central point only, however the real challenge is simply dealing with the enormous focal length of 1456mm, and somehow keeping your image sharp enough to publish. The rule of keeping a shutter speed equivalent to your focal length is almost irrelevant here, the biggest challenge seems to be the air itself, and once a little heat appears photography with this combo is at an end. Yesterday I hit the patch with this lens, and with the 1.4x converter already in place - I knew I would need it, Whinchats are not renowned for being approachable.

If anything the birds were even more flighty than I expected. In over two hours of lugging the gear around - weighing in at something like 7.5kg all told - I managed about thirty seconds of photography. Such is life, but here are some of the results. In the first image I have tidied up the excess foliage, however for rest of them I couldn't be bothered. I love a nice clean image, but most of the time it simply isn't possible, and I do sometimes need to resort to a bit of cloning. As I develop as a digital photographer, I'm beginning to have half a mind on Adobe Photoshop even as I press the shutter, it's just the way you start to think. When you know you can't get the 100% clean image you have in your mind, you know that even if you alter your position slightly, you have an image that you know you can deal with in post-processing. What would the Velvia shooters have thought of these new ways? Annoyed that they were not part of this generation I expect! Digital photography makes things so so easy. Not completely facile, just look at the proliferation of utter dross all over the net, but easy enough that if you spend a little time, take a little care, and are cogniscent of the possibilities before you even press the trigger, then decent images are the norm rather than the occasional. So, any photo of a Whinchat, for me at least, is a complete bonus, but if a little work in Photoshop is needed to make the image shine, why not. The first image in the sequence has undergone cloning only. That is to say that where there was stuff in the background, in this instance out-of-focus foliage on a different plane, I've used parts of the clean background to cover that up and get the uniform look I wanted in the first place. After over an hour of chasing Whinchats around I wasn't about to hold off simply because a bit of Broom was in the wrong place!

I'll say it again, I am astonished by the quality possible with the 800mm + 1.4x converter (Mk III), and with only a monopod for support. Heavy, and I much prefer using a shorter lens, but there are times when you need all you can get, and nothing else comes close. 700mm, i.e. the 500mm with the 1.4x converter, and I would have been nowhere. Tripod would have been ideal, but I suspect that in the time it would have taken me to extend the legs and so on that the birds would have moved on. The flexibility and mobility of the monopod is worth the sacrifice in stability. No such thing as a free lunch anywhere in photography, nonetheless I'm pleased by what I managed to achieve in the circumstances. 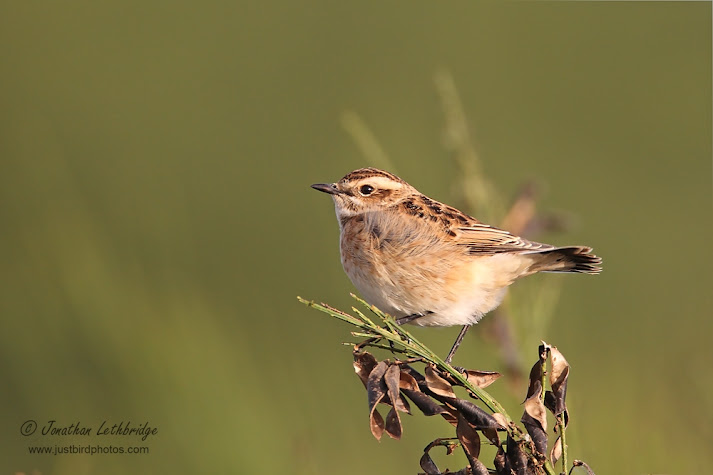 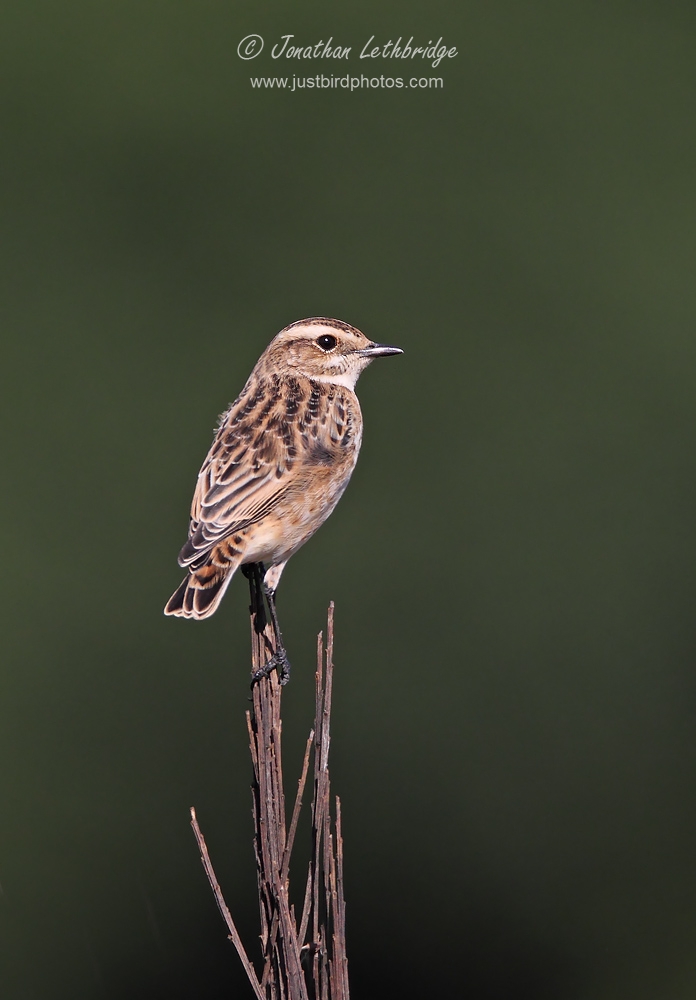 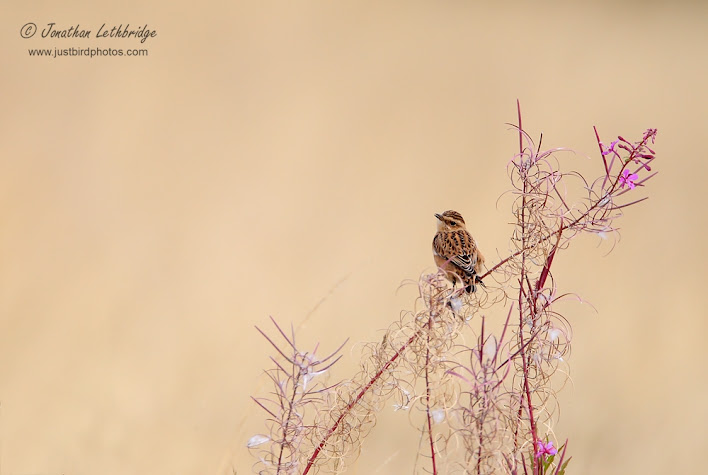