Great Grey Shrike are abundant in Morocco, but I never dreamed I would come away with images. My experience of this species so far has only been of birds in the UK, and these typically remain miles away. So I was amazed on my first evening in the country when slowing down to a bird I had seen out of the car window that it didn't move when I rolled to a stop. I couldn't get the angle that I wanted on the bird, so I moved the car a little way off, parked up and got out to approach the bird on foot! It didn't move! This first image is of that bird. 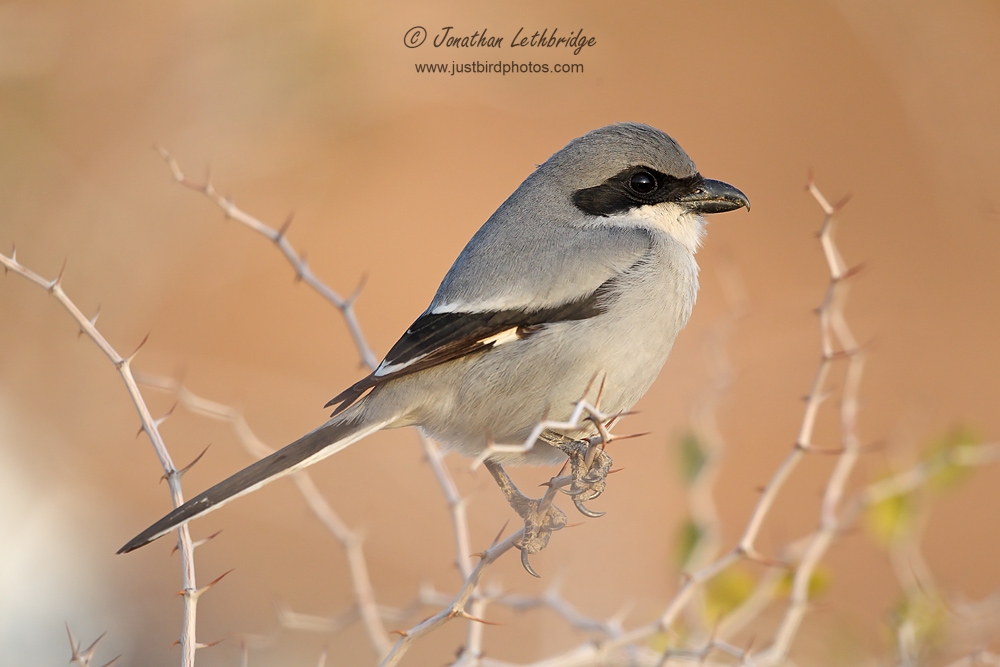 It didn't work with all individuals I came across, but later on during the trip I was able to approach three other birds relatively closely as well, including one that was absolutely astonishing in its fearlessness. I spent hours with it, just sat alongside its favoured hunting perch. It spent a lot of time checking me out, but continued to fly down to the ground to pick up beetles. Insects must be 100% of its diet, or at least other birds perhaps formed 0% of its diet, as every Shrike I found was in the company of other passerine species that it paid no heed to whatsoever, and who were not afraid of it at all. Perhaps it is only in northern areas that small birds form part of their diet, and that in warmer climes insects are sufficiently common and easy prey that there is no need to add birds to their diet. Or that's my theory anyway. 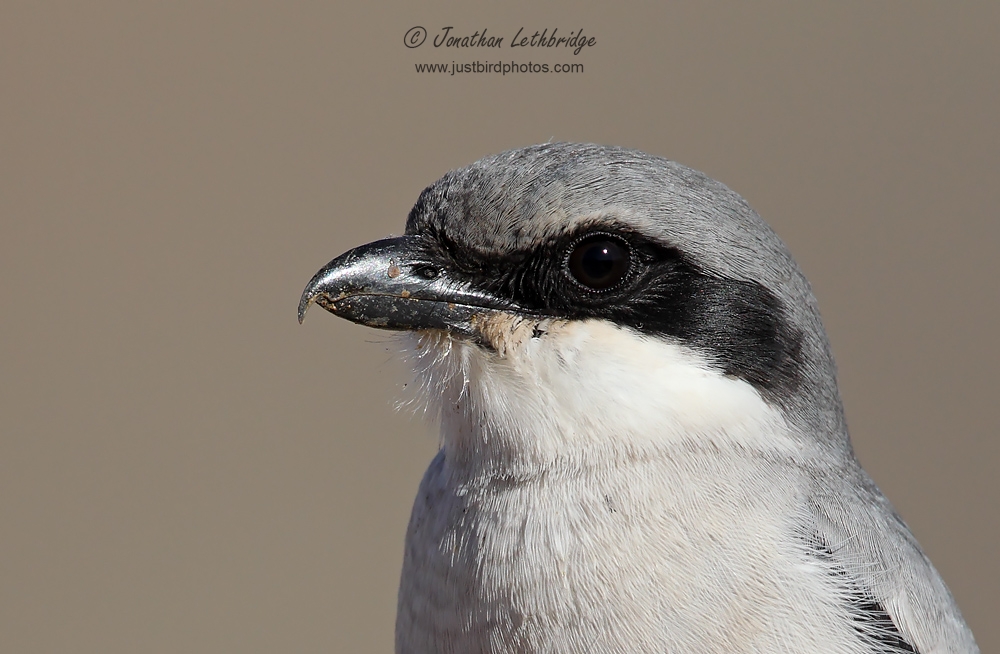 I absolutely love the detail in this image, it passes all my tests for sharpness with flying colours, but in reality the bird was too close! A 300mm lens, or my 70-200 (which was in the car at the bottom the hill!) would have been really quite useful in this situation. Then again, can you really ever be too close to a Great Grey Shrike? No! There are a few more images in my "Shrikes" gallery. 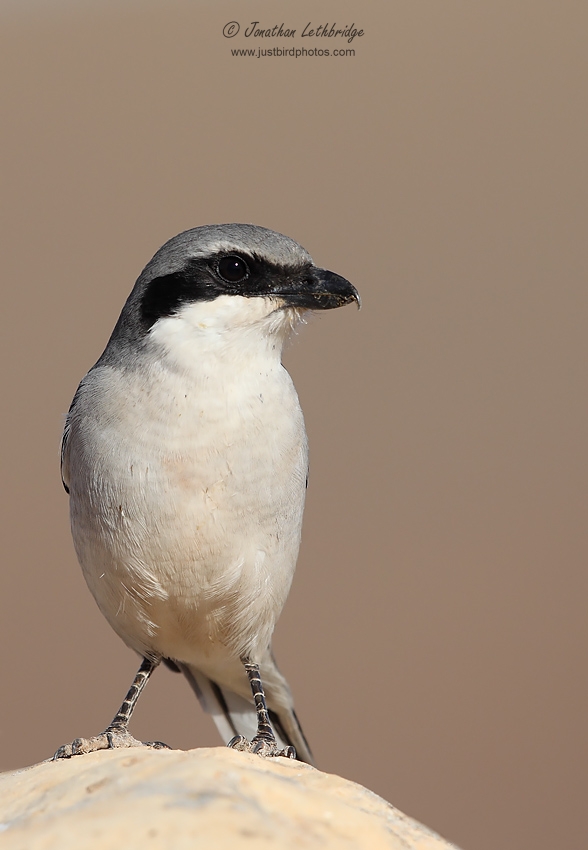 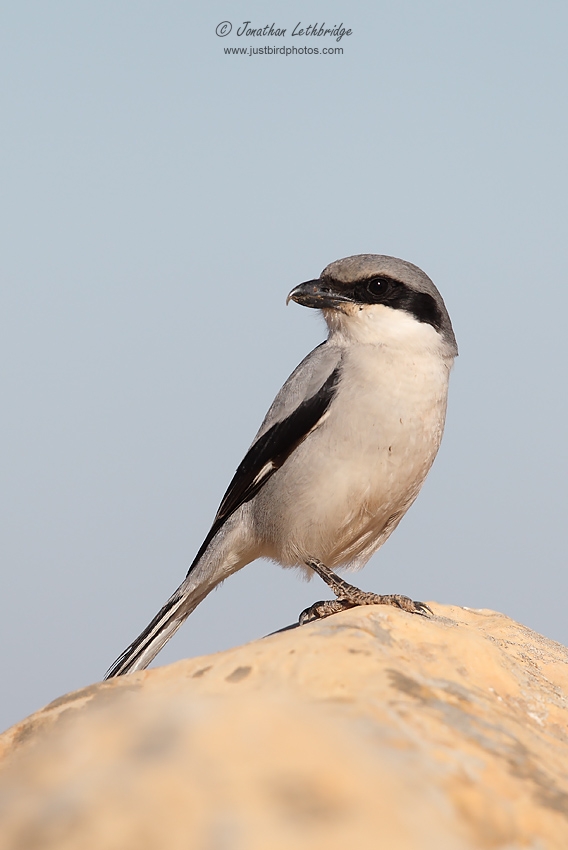 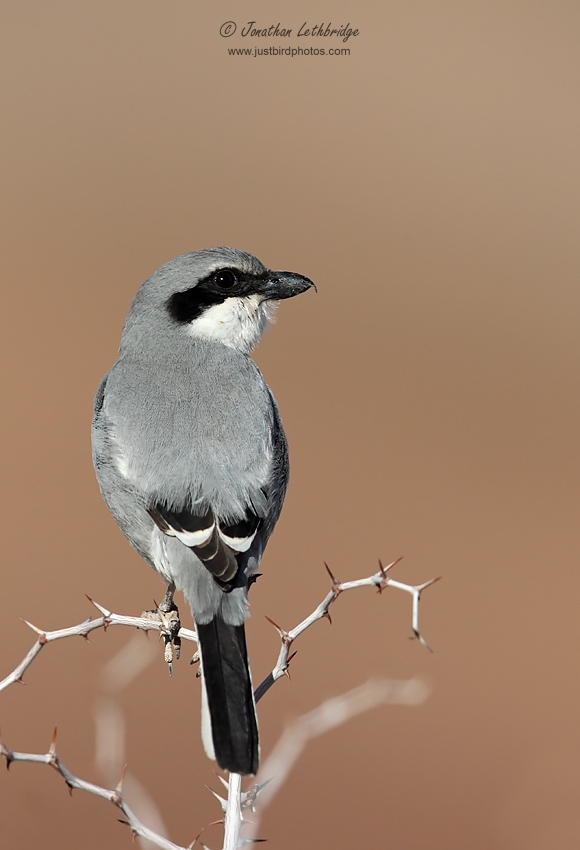