My single most satisfying image from Morocco was of a Red-rumped Wheatear. This was a bird that I had seen only briefly on my first visit to Morocco, and that had been in the heat of the day on Tagdilt track as the birds (a pair) fed on the flies attracted by a number of chicken carcasses. Heat haze and the stench were most off-putting, so putting this species very firmly on the "most wanted" list in terms of targets for any subsequent visit. It didn't start well - although there were many more birds that I had seen previously, getting close to them was nigh on impossible.

On one of our desert forays we parked the car in a likely spot and the three of us parted ways. We had stopped the car because of a pair of Wheatear, and I had seen the male disappear up a wadi. The heat was building and even though sensing I was almost bound to fail, I gamely set off in pursuit. I got close to it twice, and this is the result. I snuck up on it by crawling along the bottom of the wadi, and then popping up roughly where I thought it was. Bingo! I'll make no bones about it, I bloody love this photo, a clean background, a cocked tail and a lovely little over the shoulder head turn. It could have done a little more head turn but this angle is, for me at least, in the exact arc that makes me happy. Techy stuff - Canon 1D Mk IV (when this dies I do not know what I will do), with the 500mm and 1.4x converter, atop my trusty monopod. Settings were ISO 500 (no particular reason), 1/2000s, and f8. Looking back, I also see that I am in AV mode. This isn't normal, I think it was because it was on and off sunshine earlier in the day had meant that Manual mode was a pain the arse. I've dialled in +1/3rd, this is a common thing I do in AV as I like a bright image. It's a slight crop, perhaps 70%, and I've cloned out a distracting twig that came up and under the breast towards the leg. This is just me being picky, the image was a belter even without that (again, just my opinion!). It's just one of those grab shots that really makes me smile as I remember what it took for me to get it, crawling along, guessing, and finally nailing it after half an hour or so. I got a few more images of it elsewhere, but this is by far the nicest - I've done a portrait version as well, which is a crop of the original landscape with canvas added in at the top and filled with sky. I am undecided which I like best, so here are both. 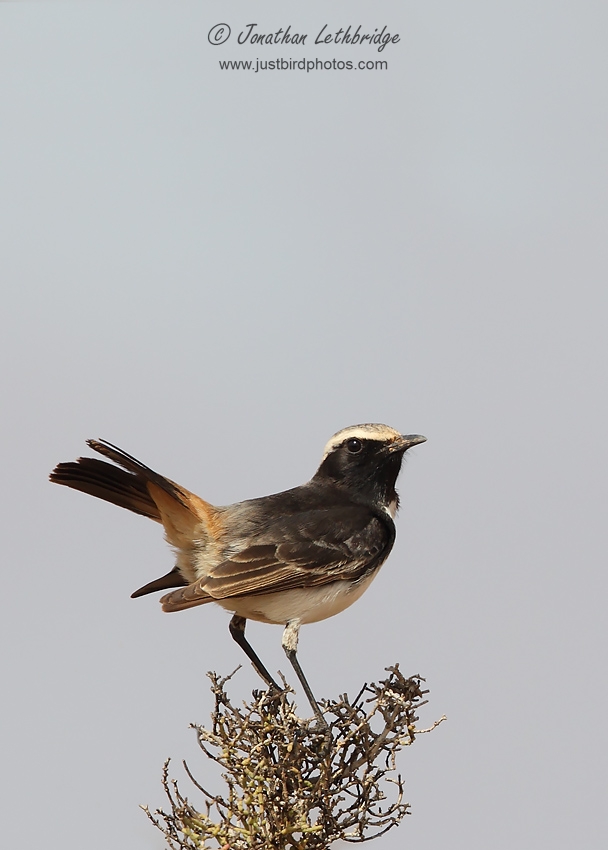