This bird was a lifer for me in Cyprus, and I think I ended up seeing around 20 in all, usually in pairs. The best place I found for them was at a place called Oriklini Marsh, which has a couple of raised hides. One wasn't yet completed at the time of my visit in late March, but the other was fully open and slightly larger, and can be found at the northern end of the site right next to the motorway slipway. There were at least 6 of these bird present on my second visit just before I had to leave for home, and one pair (I assume) were commuting between the marsh and a crop field on the other side of the road. I scoped them out for a bit, but what wasn't apparent until I saw them in flight - and indeed I only noticed this on the back of the camera - is that they do indeed have spurs on their wings! When one pair took flight to go over to the field I dashed down the steps of the hide to open ground and caught a bird as it came over relatively low, and this image shows those spurs. I don't know if they are actually used or serve any kind of purpose - might have to do some reading on that, but check them out! 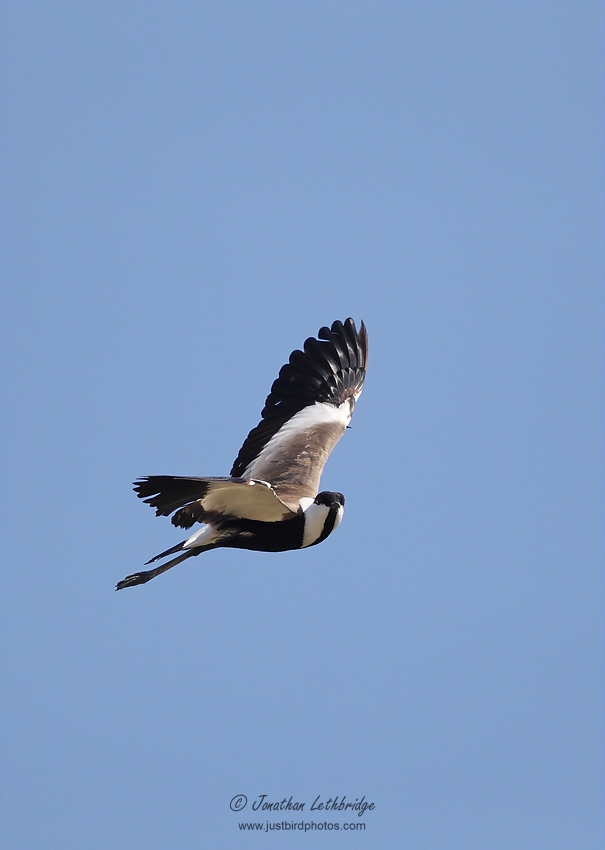