I just love getting down in the sand to photograph waders. Less so mud, but I'll do it if pressed. Getting low for ground-based subjects makes images much stronger - the flipside is that you pay for it by getting mucky. I went up to the beach at Titchwell at the weekend as the tides looked just right to push summer-plumaged waders up to my waiting lens in the early morning light. It didn't quite pan out as expected, as all waders other than Sanderling buggered off long before the water pushed them anywhere near me, but you make do with what you can get. And anyway, I like Sanderling, and even though I've got some decent shots of them before, I felt I could probably do better.

Here are a few - the light was really good for the most part - a little bright perhaps, but still eminently workable. Although the long lens does have the perspective to allow you to shoot whilst crouched and still have somewhat of an eye-level view, I chose to go the whole hog. Tripod legs completely splayed (luckily I don't have a centre-column), with the ballhead and Wimberley Sidekick holding the lens perhaps 20-25cm above the sand. 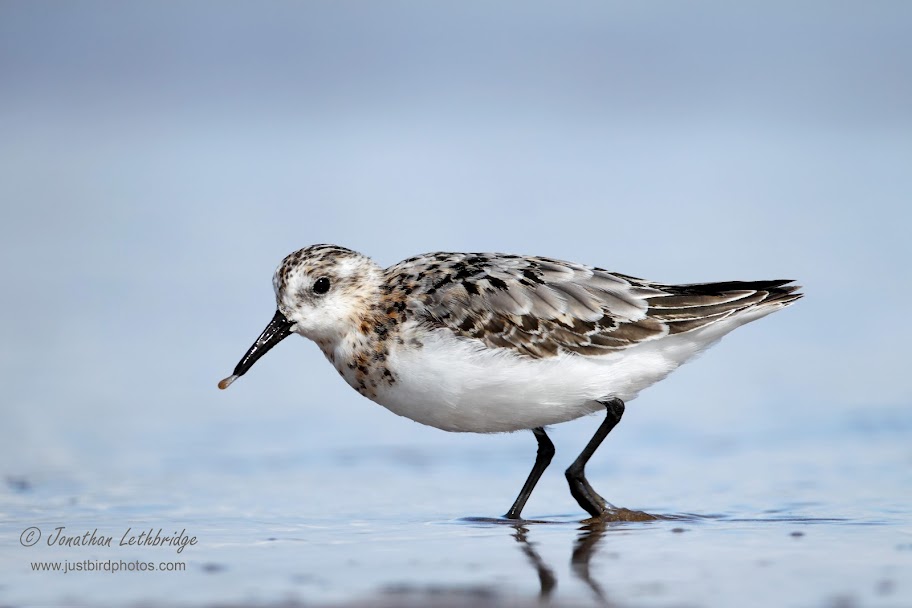 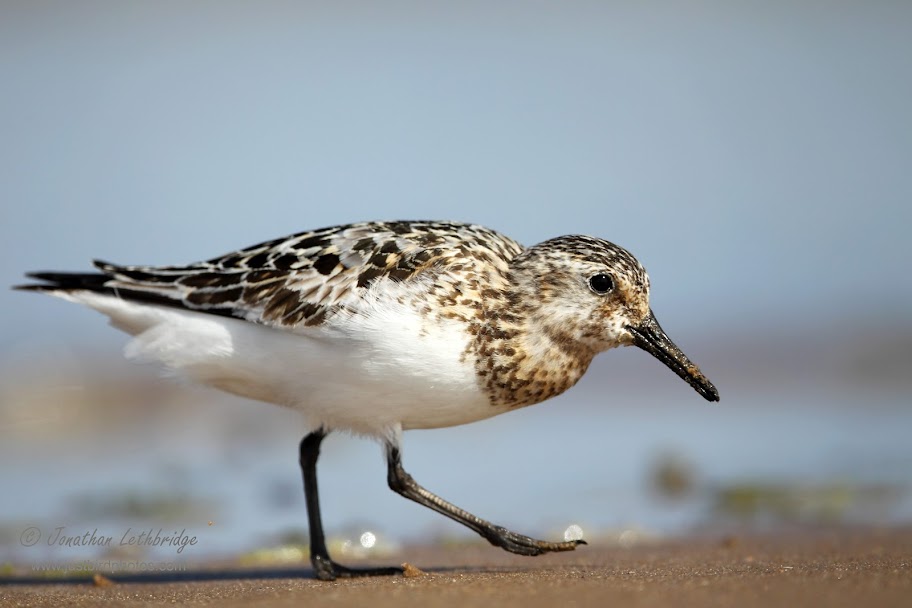 No other waders came close, but I'm pleased with what I came home with. I ended up taking exactly 1500 shots during the day, and my first edit reduced this to 220 or so. This is a good rate - around 15%. My final cut ended up with 20 making it to this website. There's nothing wrong, per se, with the other 200, but you have to be ruthless in this game.

As usual I took far too much kit with me. A scope for birding didn't get used much, and the macro lens, wide-angle, spare body and 70-200 (in case the waders came really really close) didn't get used at all. I ached a great deal the next day, which compounded with four horsefly bites that swelled up like you would not believe had me wondering whether it was all worthwhile. Of course it was! Time with my camera is me time. I love it!