Slavonian Grebe on the patch

A brief interlude from colourful Arabian species whilst I post some shots of a more monochromatic nature. This little black-and-white beauty has graced the local patch for around two weeks now, and has provided a couple of memorable if uncomfortable sessions. It's been on the Heronry pond, the biggest of local ponds in Wanstead, and an annoying location for photography. The whole pond has steep concrete sides and thus it's impossible to get down to water level. The north side, which is fairly open, is against the light, and in any event beyond the first few days the Grebe now prefers the wooded edge to the south. This is better for the light, but at this time of year there are many heavily shaded little bays and areas with over-hanging branches. You can only get to the waters edge in a few places, and the bird is now a lot more wary than it was when it arrived. The best tactic is to lie down on the edge, actually lengthways on the concrete side if you're feeling brave and fancy neck ache, and wait for the bird to hopefully drift past. This is what I did on my first visit, and it worked fairly well. The bird has now moved, and the slope is even more severe, so for my second visit I remained on the bank above the concrete edge, and this probably shows in the images. Whilst it has been a fairly accommodating bird, the location is not as well suited as the pond a similar winter bird turned up on at Dartford, where you could get right to the waters edge and be at more-or-less eye-level to the bird. Still, this bird is on the patch, and that makes all the difference as far as I'm concerned!

A bit of sunshine every now and again, with the Grebe sometimes swimming into clear water. I was perhaps 20cm above the waterline, but one false move would have seen me several feet below it! These images are very much hit and hope, the angle of the view finder means that you can't see into it properly, so you set up your exposure before you start, and then try and keep the centre point on the head of the bird which is very difficult indeed, and many images were hopefully out of focus. The beauty of digital is that these are free! 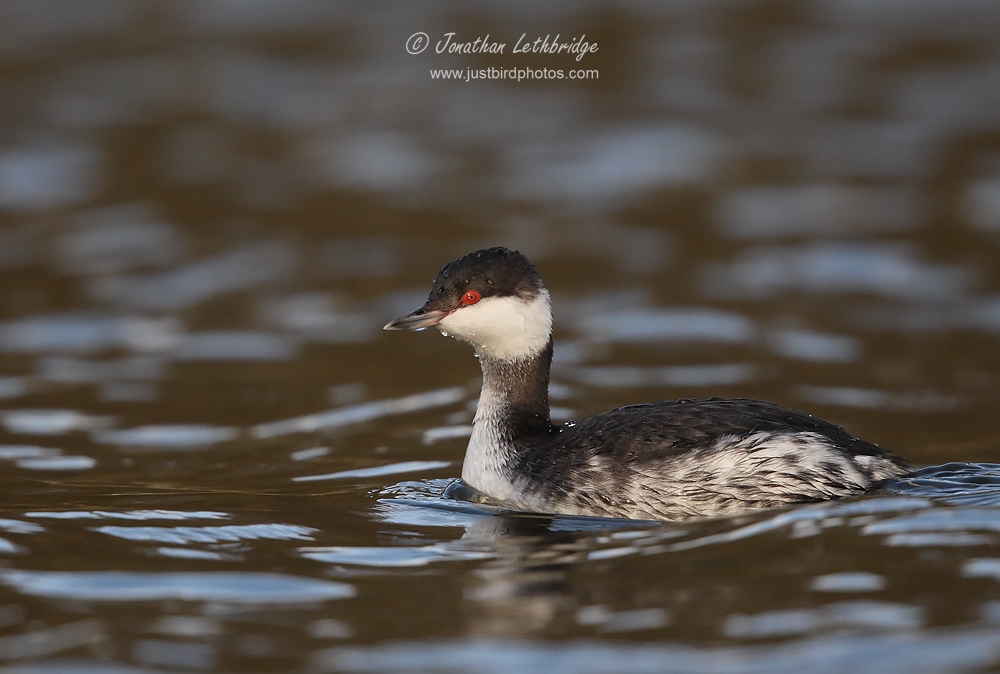 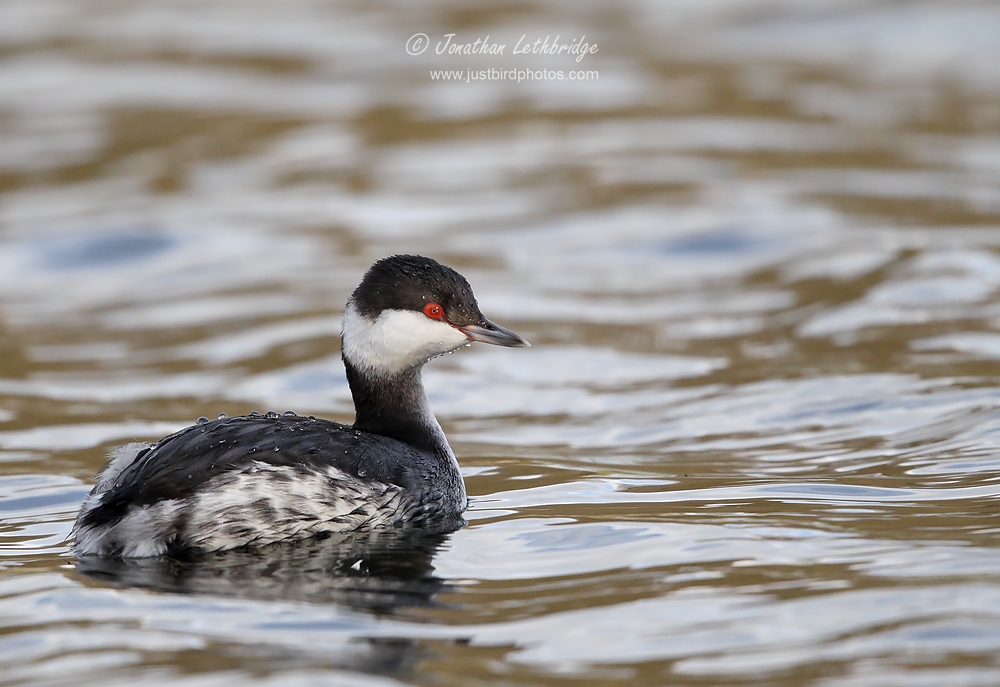 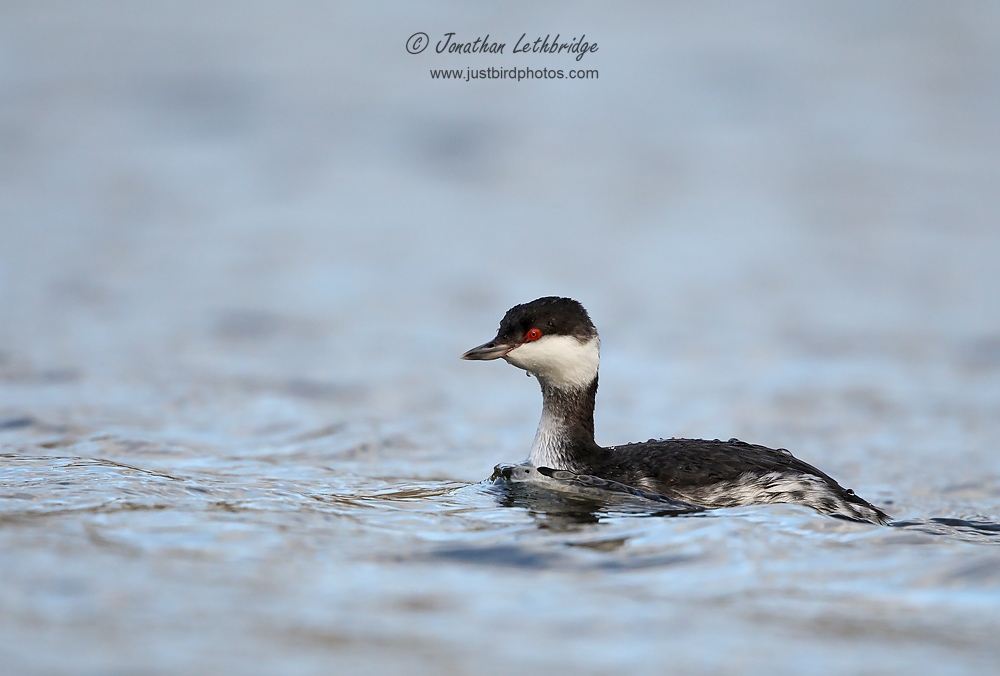 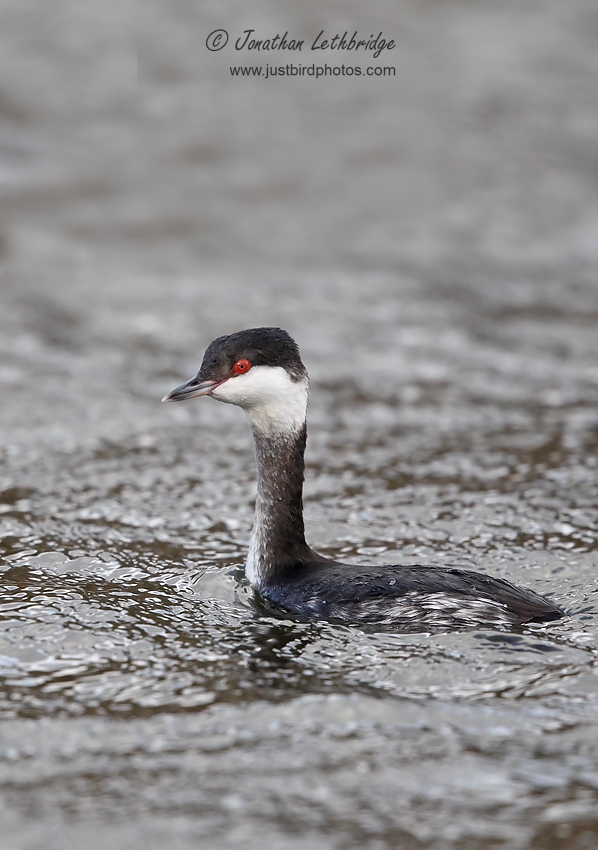 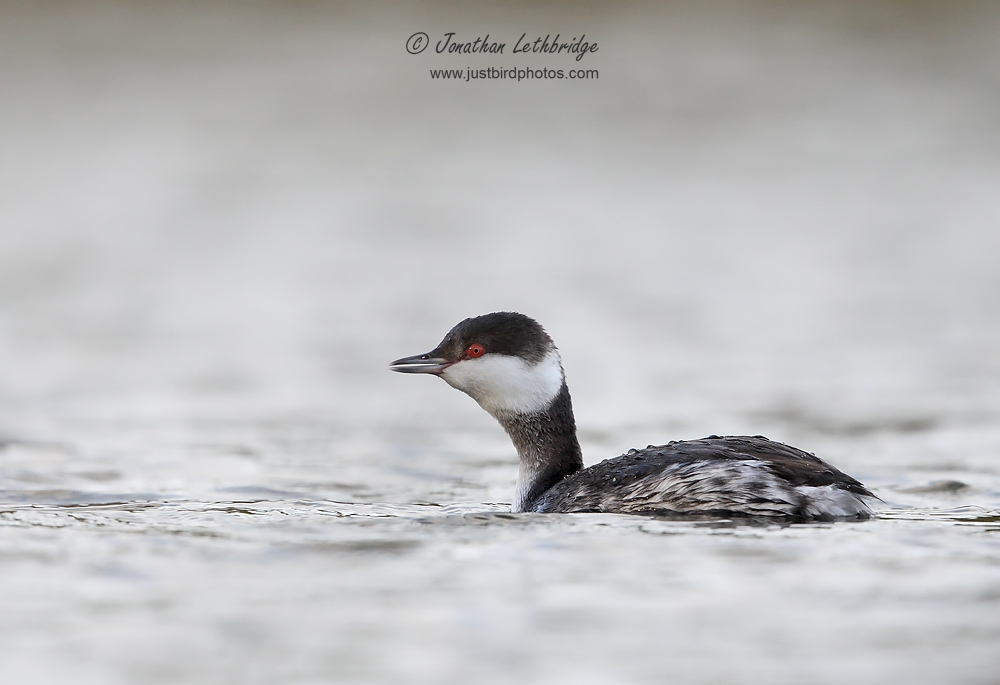 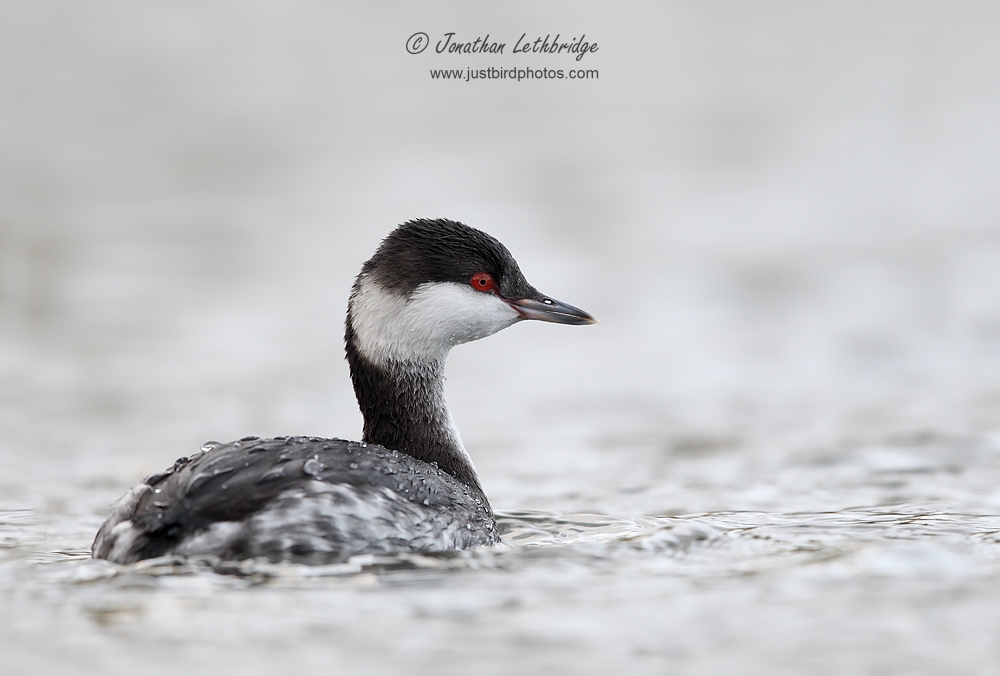 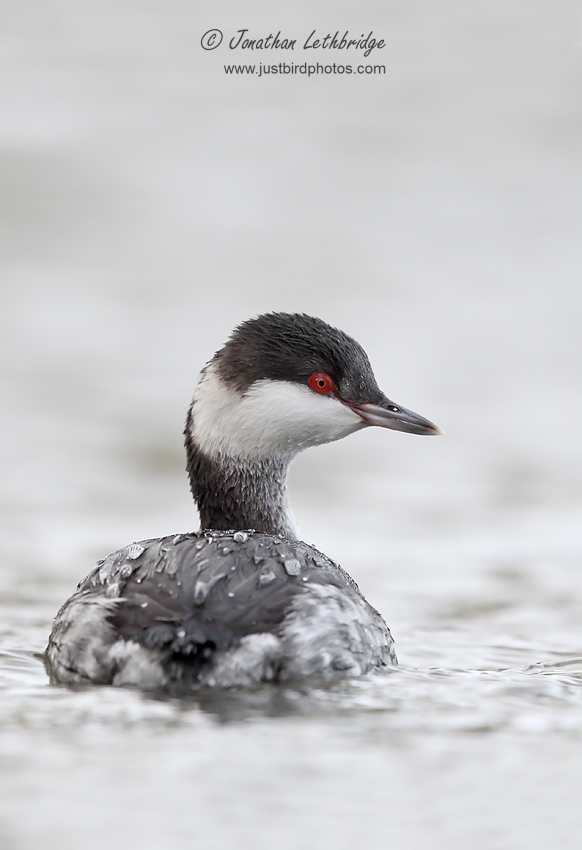 Terrible light throughout, so to gain a bit of speed I've underexposed each image by around a stop, and then brought them back up again afterwards, which also involved a lot of mucking about with white balance and the dropper tool. Much higher up on the bank, but the effect of the telephoto disguises it a bit. How I managed the clear reflective image at the very end I have no idea, definitely against the run of play! 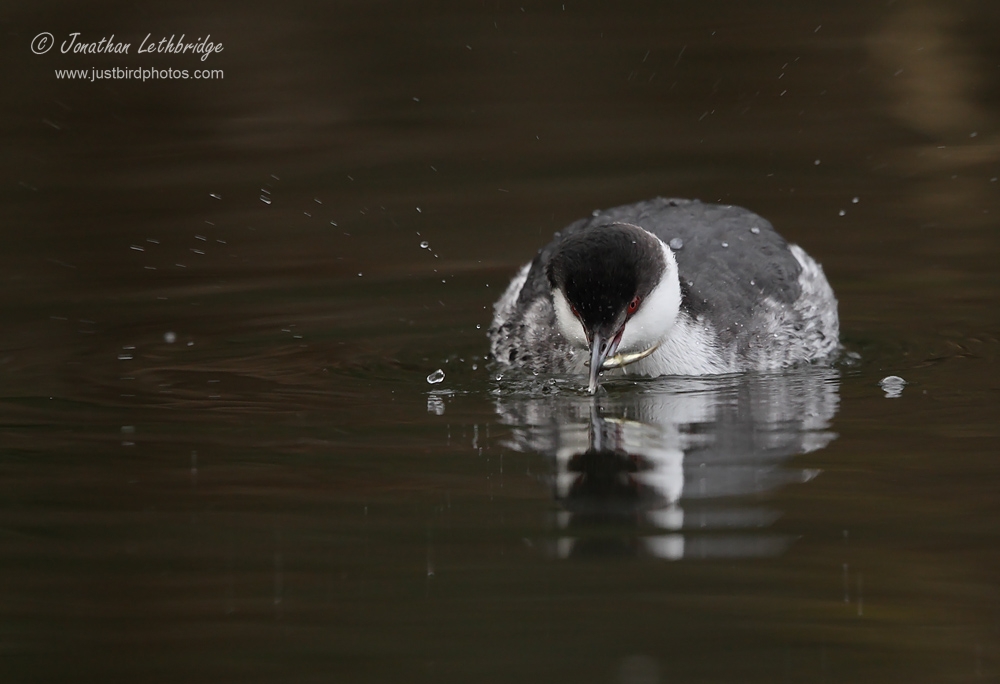 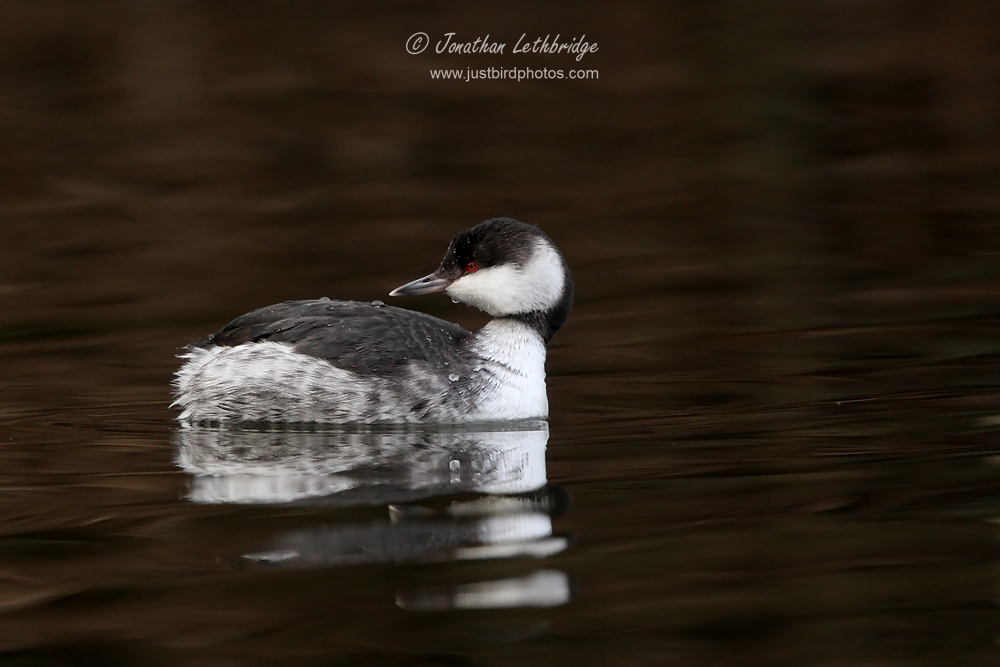