The Editing Process - to keep or not to keep 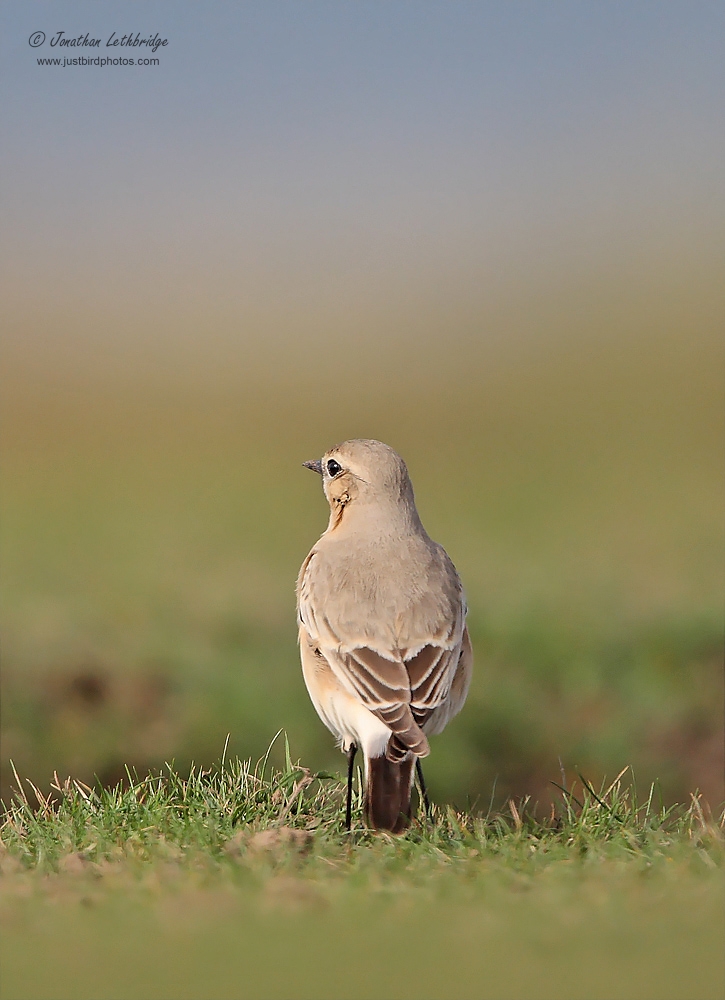 As I get more ruthless with paring my images down, a process which I only truly got to grips with this year, and which I continue to improve upon, I thought it might be interesting to share my thought process as I go through my RAW files on the computer. Largely this involves THE BIN! These steps are more or less in order, and each ends with the bin, unless it makes it through that step. So for instance if the image is sharp enough it goes through to stage two, but if I'm missing part of the bird it goes. If I have an entire bird that is sharp, but the exposure is off, then I bin it. If the exposure is OK, then it makes it to stage four, and so on. Or at least that is how I suggest you look at this if you doing this very strict selection process for the first time. Probably in reality I do many of the steps simultaneously, especially the first five. But anyway, here is what I think about when I am reviewing images that I have just downloaded. Also worth noting is that I use a piece of software called Breezebrower Pro. This is a very rapid way of categorising images as keep or bin, and has the advantage of applying some standard "as if sharpened" views of the RAW images. You simply select the keepers, then invert your selection and delete the rest.

1) Is it sharp, and I mean properly sharp? None of this "oh it's ok I suppose", we're talking real sharpness. Feather detail sharpness. This particularly applies to the  head, particularly the beak and the eye. Not sharp? Bin. I am mildly addicted to what I call the "Rictal bristle test". Can you see them? If you can, you're all good on the sharpness and detail front. In the image below, the left hand bird is off. The right hand bird is a lot better. 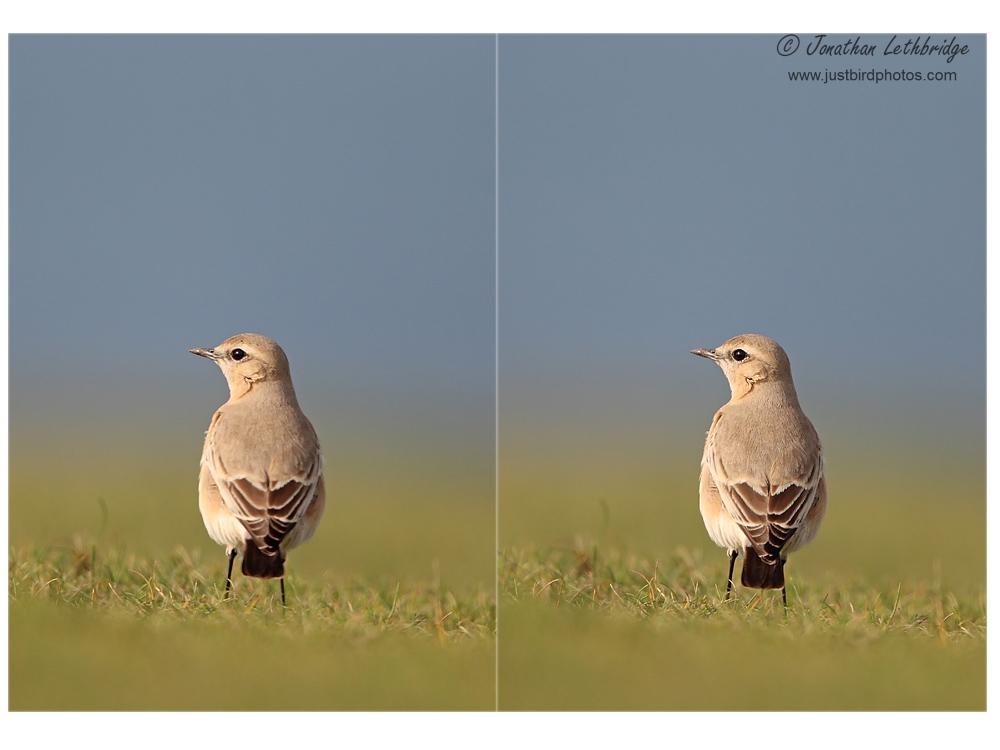 2) Have I got the whole bird? Is the tail there? The wingtips? The feet? Unless you're aiming for a tight portrait, really you don't want images which have been cut off. If I'm missing just a tiny bit, have I got that bit on another frame that I can copy across? Can I clone it in, and leave some space around it? Mostly, if I've missed it, I bin it. Cloning and copying take time. Only when I have no other choice do I go down this route. The following two side-by-side images were taken about a second apart. I realised I had clipped the tail and panned slightly to the right. If anything though, there is now not enough space on the right of the bird.

3) Is the exposure good, or at least recoverable if slightly off? No? Bin. Some images you can raise to bring them back. Lowering them is more difficult. Did I blow my whites? A bit is recoverable. A lot? Bin. To be honest this is rarely a problem as I constantly check my exposure in the field and amend accordingly. It would be extremely rare that I went through more than ten shots without checking that everything was OK, and an entire session would be unheard of. However if you're not completely at ease with exposure theory, which only comes with time, then this could be an important step. The Brambling below is too far underexposed to raise successfully - I tried and the whites never recovered. Only one place for it..... 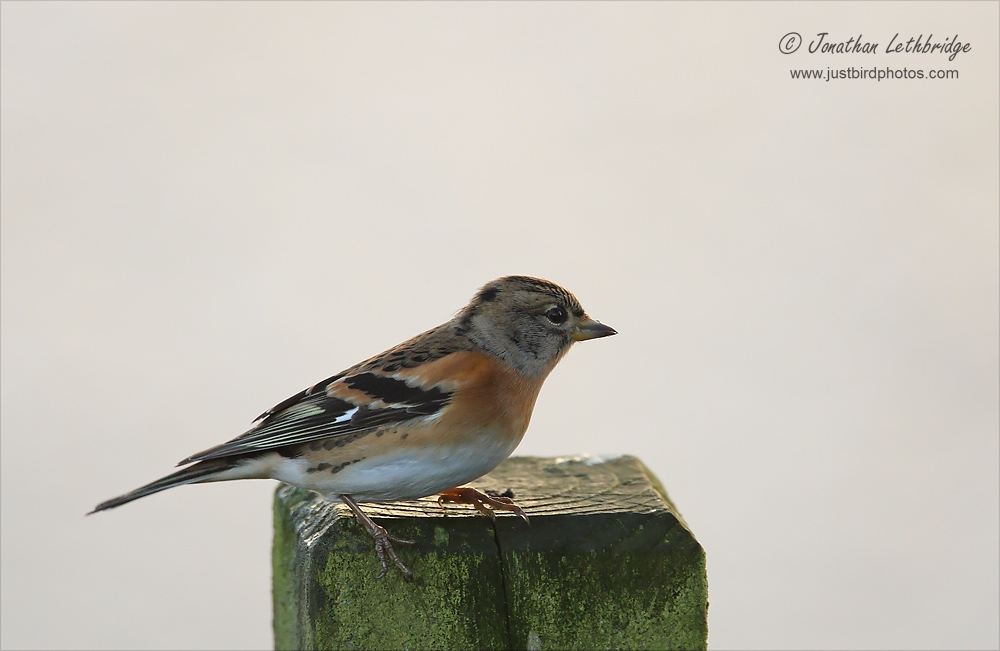 4) Quality of light. This is in many ways connected to the exposure as detailed in #2, and also to the shadow issue as detailed in #5, but what is the light like? Images taken under a white cloudy sky are the best, direct sunlight often looks extremely harsh. Once again this is very subjective, but images taken in the midday sun are rarely better than those taken early morning or late afternoon. Softness is key. Any image which grates is destined for only one place. Most of the time I don't pick up the camera in these conditions as I know I will be disappointed. Photographers often moan about the lack of light, but too much is equally bad.

5) Head angle, position of bird? This is where we start getting subjective, but this it's one the areas where I see the most images on the net that I end up shaking my head at, knowing how easy this to get right. If bird's head is turned away from the camera, the image goes in the bin. If it's looking down, it goes in the bin. Similarly, if bird is flying away from the camera, even slightly, it's a goner. Even if it's the sharpest ever photo with a brilliantly perfect  exposure, if the bird is flying away, or the head is inclined away from the camera, it fails the definition of a good photo, and goes in the trash. I lose a lot of images here, especially where I have taken a sequence knowing that at least some of that sequence will have the bird doing what I want it to do, or where it turns away as I am still firing. In the first image below of the Isabelline Wheatear from last weekend, I binned the bin left hand bird and kept the right. There is only a fraction in it but the slightly lowered head on the left means it doesn't work for me. When it raised its head slightly, I got better light on it and a catch-light in the eye. Happy days! In the second image, which is of a Northern Wheatear, it is far more subjective. Either image works, but I much prefer the one on the right.

6) Shadows? Is the head in shadow? Yes? Bin it! You want a nice evenly lit bird. You ideally want a catch light in the eye. If the bird's head is in shade, you won't have either of those things. Bin! Twigs and so on, sometime even other birds, can cast shadows across a bird. The body, the head, anywhere. If you don't think you can clone it out (cloning is where you take pixels from another part of the image and paste them over bits of the image you don't like, but so that you CAN'T TELL!) then bin it. In the Izzy Wheatear image, I like the pose, but look at those shadows! Bin! The Gull would be OK, the head turn is OK and just about rescues it from the fact that the bird is flying away, but the wing cuts off some of the beak. No rescuing that, goodbye! And the Chaffinch? Check out that shadow slap bang across the body, the head isn't quite sharp, and the bird seed......oh dear. 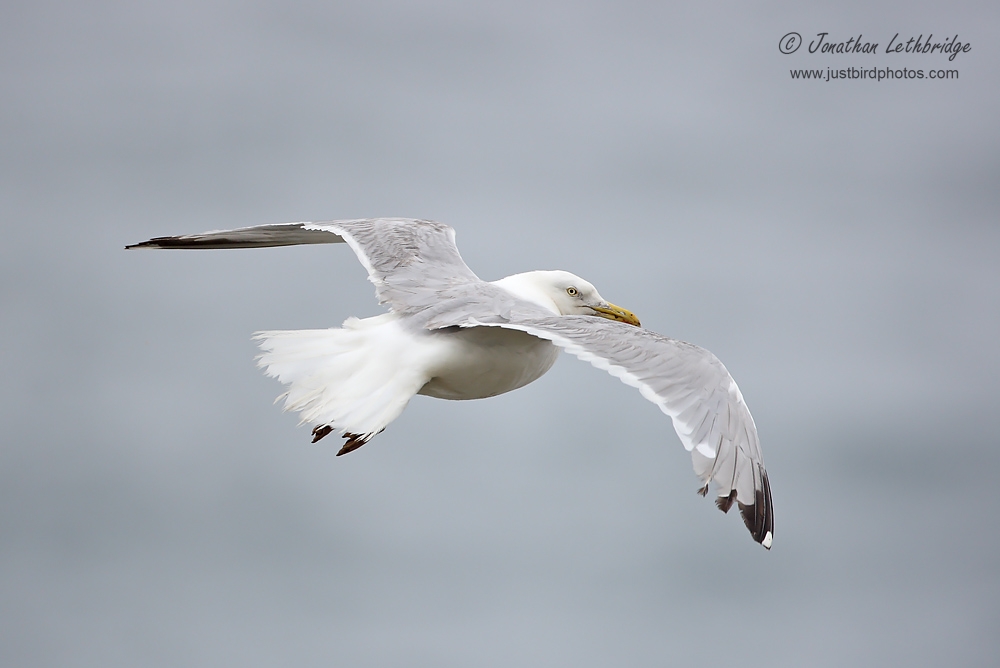 7) Shooting angle. Very important. Where was I when I was photographing the bird. Was my lens mounted on a six foot tripod pointing down at 30 degrees towards the bird, as I see all the time in the field from the no clue brigade. Or better, am I level with the bird. At eye level with it. This step barely exists in my routine these days as I am never point down, only pointing level. Very occasionally there is no option, for instance shooting over a wall, or the banks of a reservoir, but the answer there is to move back from the bird to reduce the angle, and instead add focal length if you can. I'd much rather an image taken at height with a 2x converter from a distance, than taken at a height closer and with the bare lens. If it's obvious that you're on top of the bird, bin it. The Buff-bellied Pipit below is an over-the-wall job that I could do nothing about. The image is sharp, the exposure is spot on, but I was too close, and the angle was too acute. It goes down as a better-than-average record shot, which is why I still have it to use it as an example. 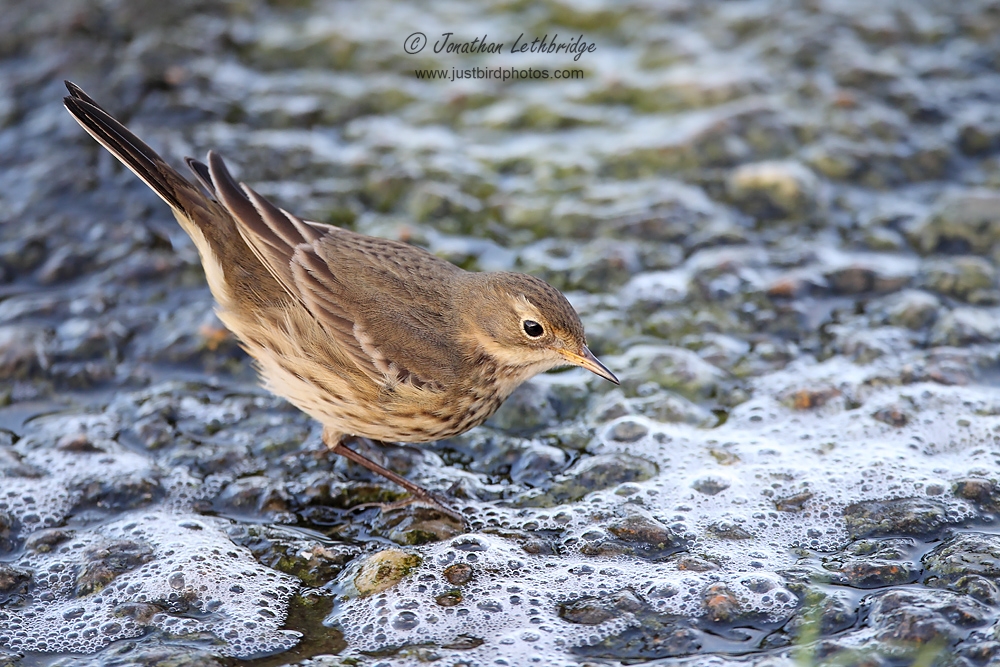 8) Clutter. Is it a clean image? Very much personal taste. Some prefer the natural image, some prefer the clean image - I fall in the latter camp. Neither is better than the other, but if you're in my camp then it becomes a lot more difficult. I've deleted many a perfect image of a bird because I can't reconcile myself with the rest of the image. For instance are there twigs cutting across the bird? Can they be dealt with in Photoshop? Leaves, grass, litter, bird seed? Other birds distracting? Again, can I deal with them? I am very fussy, getting fussier, and aim not to include them in the first place, but knowing what I can and cannot do in post processing is very important. Some images just can't be worked on and if you're like me, have to be let go. I've tried to work on the Spotted Flycatcher image below many times, as with a clean background and some space out to the right, it would be a killer. It's unfortunately beyond me at the moment, but I'm saving it for a day when my photoshop skills are better.

So, a lot of this is probably obvious, but not necessarily if you took the photo. It certainly wasn't obvious to me for many years, and it has only really begun to click in the last 18 months. Before that I was willing to accept any old rubbish if it had one good element to it. I'm still working on it, still learning, and no doubt there are photos in my galleries that don't reach the standards I'm describing. I'm planning another edit soon, the final one following two immense purges. I had one go myself, and then passed my portfolio to a fellow photographer to cast an impartial eye. I return, I went through his. It's a healthy exercise to go through now and again - what I thought was brilliant two or three years ago I look at now and wonder what drugs I was on. No doubt the same will apply a couple of years from now when I look at my output from this current period. As well as going through my galleries on this website and pressing the delete key a lot, I also went through my entire collection of RAW files from about 2007. I deleted gigabytes and gigabytes, it was quite incredible. And although that sounds like it ought to have taken ages, it didn't really. It was all obvious, and most of the images I deleted were straight bins, without a second glance. Many of them I could not believe I had even taken in the first place. Forget about c&c on the web, most of it is meaningless drivel that won't help you in the slightest. Take as many photos as you can, but only press the shutter if the image there to take. If you set yourself high standards, my experience is that gradually, slowly, it will all come together. I binned the image below, can you see why? 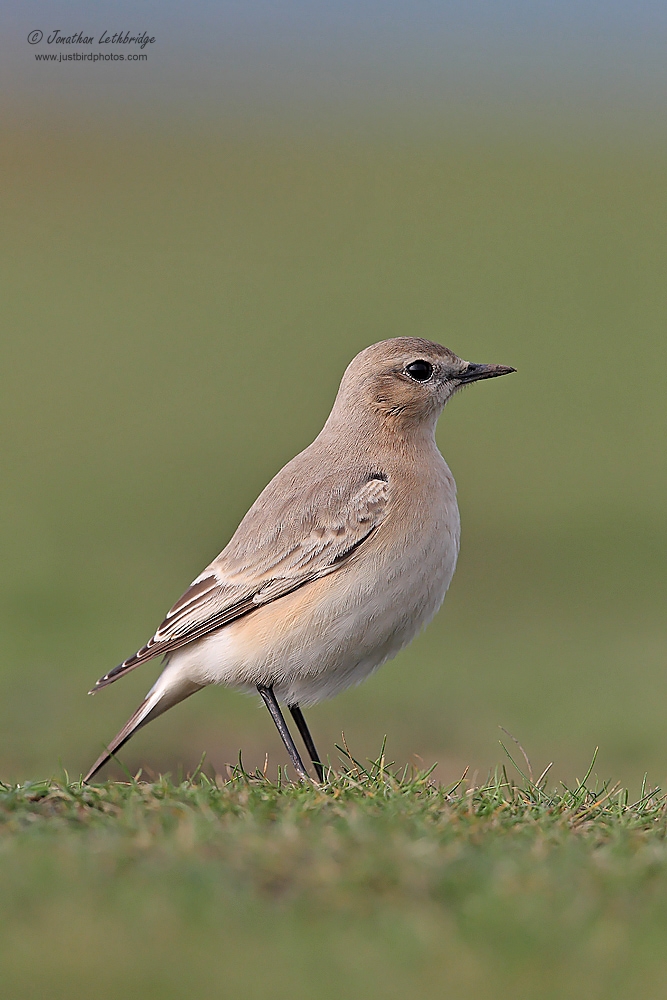